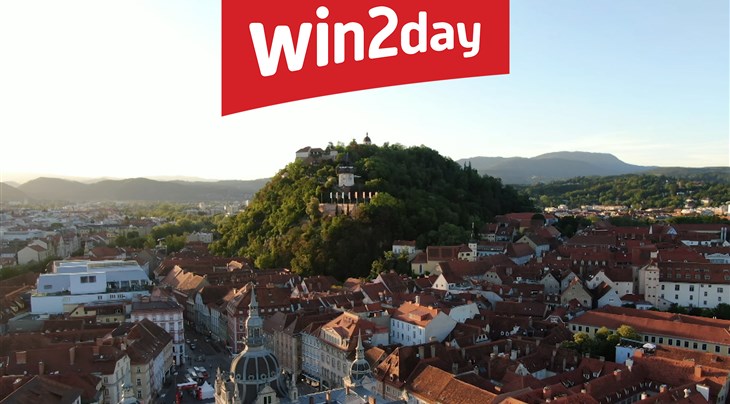 GRAZ (Austria) - One week before the start of the FIBA 3x3 Europe Cup 2022, the Austrian national teams can already count on the support of a new main sponsor.

On September 9-11, the FIBA 3x3 Europe Cup will take place in Graz, high above the city on the historic Schlossberg, an iconic location from which players and fans alike are going to experience one of the most unique basketball events of the year. But the fact that the Austrian 3x3 stars will soon deliver highlights in this absolutely stunning atmosphere is not only due to their daily hard work on the court but also thanks to the great support of the 3x3 event partners in Graz.

Many of these sponsors have been on board for a long time. Others, like this year’s main sponsor win2day, are still relatively new to world of 3x3. They all, however, have a common goal in mind: enable the fans to have an unforgettable experience and provide the athletes with ideal conditions at the 3x3 Europe Cup 2022. Given this perfect setting, the Austrian home teams could be in prime position for a deep tournament run!

Fast, dynamic, young, and urban are just some of the characteristics 3x3 basketball regularly gets associated with. These attributes are shared by many of the sponsors of this year's 3x3 Europe Cup in Graz. It therefore comes as no surprise that not only numerous long-standing sponsors have remained as loyal supporters of Austria’s 3x3 stars, but also new well-known companies have joined the event to back the country’s race to the top.

First and foremost, of course, there is win2day, the event’s main sponsor. The official gaming website of the Austrian lotteries has already been a partner of Austria’s professional basketball league, the Superliga, as well as the Austrian national teams for some time. During the 3x3 Europe Cup, however, the basketball focus of win2day is clearly on 3x3 and the superstars who will present their unique skillsets in Graz.

For Georg Wawer, Managing Director of win2day, backing Austria’s 3x3 talent was a logical step: "Win2day has been the main sponsor of Austrian basketball in both the men's and women's divisions as well as in the disabled sports division. With the 3x3 format, the sport is currently experiencing a new urban hype. As the only gaming provider licensed in Austria, we are now also the main sponsor of the 3x3 Europe Cup in Graz. In doing so, we are looking forward to a unique location and exciting games on which you can also bet with our bookmakers.”

At the Austrian Basketball Federation there is obviously great excitement about the collaboration with such a strong and reliable partner: "We are extremely proud to have a diverse company like win2day supporting us. With such a strong partner behind us, we are looking forward to the 3x3 Europe Cup in Graz even more. Sport needs such supporters", says Gerald Martens, President of Basketball Austria.

Considering Austria’s strong recent play (the players of the men's national team have reached the final in 4 consecutive challengers for example on the professional circuit), the enthusiastic home fans and of course the eager event partners, the men’s and women’s national teams seem primed to make a splash at their home tournament, and maybe give the country's first-ever medal at the FIBA 3x3 Europe Cup.