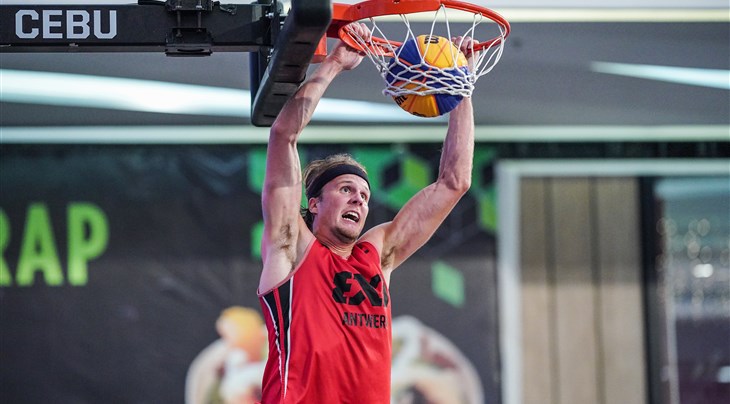 ABU DHABI (United Arab Emirates) - As we enter the final stretch of this incredible FIBA 3x3 World Tour 2022 season, the stakes are raising every game as the showpiece Abu Dhabi Final on December 10-11 approaches.

With just two Masters to go, three spots have already been filled as the race heats up to finish in the top 12 of the World Tour standings after the last Masters event in Hong Kong on November 26-27.

Let's look at the three teams who have already qualified.

The spectacular Serbs raced out of the gates faster than Usain Bolt to win the first four Masters of the season, raising the standard of 3x3 along the way.

Glue gluy Nemanja Barac proved the perfect addition and can do a bit of everything to provide support for walking buckets No.1 player Strahinja Stojacic, Dejan Majstorovic and Marko Brankovic.

Ub's flawless chemistry looked like it had been developed in a lab for years, but they've stumbled a bit recently after losing the final in Debrecen to Antwerp (BEL) and then suffering a shock quarter-final exit in Paris.

There's perhaps fear that they peaked too early, but Ub have time to get back to their best knowing they are safely through to the World Tour Final.

One of 3x3's best ever, Liman will have a chance to defend their World Tour crown having already secured a spot after compiling another consistent season so far.

Liman have utterly dominated Challengers, where they are a ridiculous 25-0 and scarier than the Jeffrey Dahmer Netflix show, but it's been a bit harder work on the World Tour after suffering several heartbreaking losses.

But these dudes are the ultimate pros and stormed to the title in Utrecht, where MVP Stefan Kojic was in trademark heat check mode. They've still got their familiar stars together with Mihailo Vasic once again playing bully ball, while fellow big man Aleksandar Ratkov has gone up a gear.

Perhaps it hasn't gone their way on the World Tour, but Liman will be confident that some better luck can help them become the first team other than Novi Sad to win the World Tour back to back.

The brilliant Belgians got the monkey off the back after they powered to their first W on the World Tour when they ended Ub's winning run in Debrecen.

Antwerp have proven season two is better than the original, especially their main man Thibaut Vervoort who is sixth in overall scoring and took home the MVP in Debrecen.

He's had plenty of support, particularly from sidekick Nick Celis, and Antwerp have unearthed a rising star in springy 23-year-old Caspar Augustijnen to add further firepower.

They finished runner-up in Cebu, where the sharpshooting Dennis Donkor shone to add to their ridiculous depth of talent.

We knew they were the real deal entering the season, but Antwerp have lived up to the hype and booked a ticket nice and early to Abu Dhabi.

The race is tight like a Worthy de Jong pair of shorts. Here are the next 12 teams on the ladder.