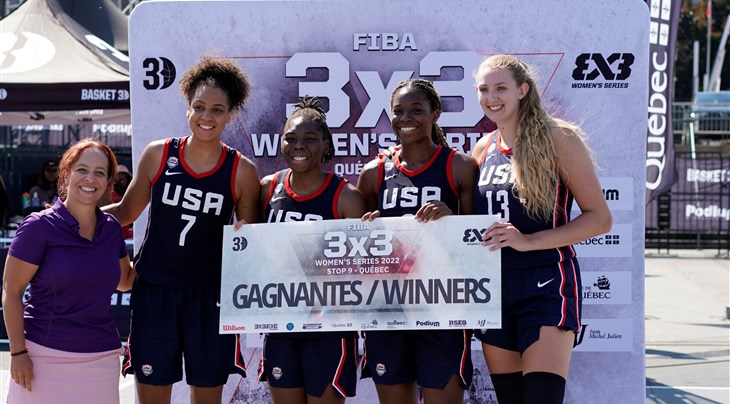 QUEBEC (Canada) - USA won their first FIBA 3x3 Women's Series Stop of the season in Quebec after defeating Lithuania in the final on August 19-20, 2022.

USA took home their second-ever Women's Series stop after going 5-1 in Canada, including a convincing 18-7 win against Lithuania in the final.

Tournament MVP Lauren Cox led the team with 8 points in the final. Her teammate Cierra Burdick, who was also was on the squad when the US won their first stop last year in Klaipeda, Lithuania, added 5 in the championship game.