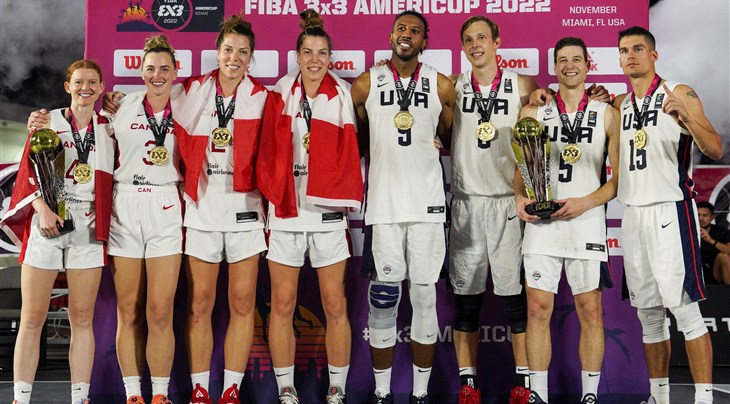 In the men's category, USA successfully defended their AmeriCup title after defeating Puerto Rico in the final (21-18). The number one 3x3 player in the US (and 27th in the world) Kareem Maddox had a game-high 9 points in the final. Former college star and NBA player Jimmer Fredette scored the gold-winning two-pointer and his teammate Canyon Barry was named MVP of the competition after leading USA in scoring in Miami.

Jorge Matos - who won silver with Puerto Rico - and Leonardo Branquinho - who led the bronze-winning Brazil in scoring - joined Barry on the Team of the Tournament.

In the women's category, Canada won their first AmeriCup title after beating Brazil in the final (15-11). The Women's Series winner and Final MVP, Michelle Plouffe, led all players in scoring in the title game with 9 points and added yet another MVP silverware to the trophy cabinet.

Vitoria Marcelino, who topped all scorers in Miami and struck silver for Brazil, together with bronze medalist Camille Zimmerman (USA), also featured on the team of the tournament.