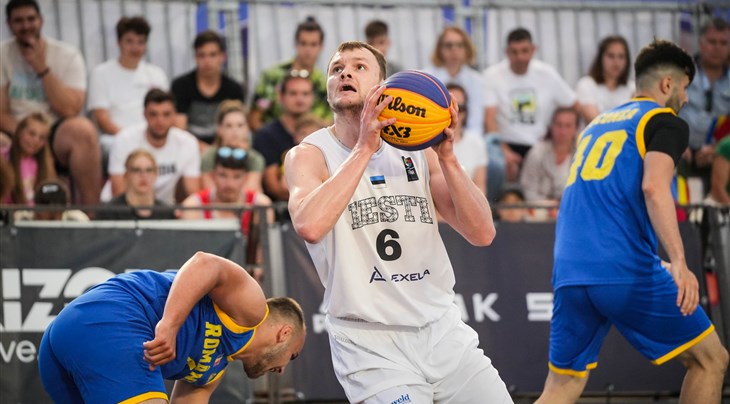 ATHENS (Greece) - No.1 seeds Estonia (men's) and Germany (women's) will be tested from the get-go as loaded draws were unveiled for the FIBA 3x3 U17 Europe Cup 2022 in Athens on September 2-4.

In the men's, Estonia have top billing after impressing during the qualifier in Szolnok, Hungary, earlier in the month. But their only loss was a 17-15 thriller against Lithuania with the teams scheduled to clash in an early blockbuster in Pool A, which also features host Greece.

Led by highlight machine and qualifier top scorer Fabian Giessmann, No.2 seed Germany were in awesome form in Szolnok and appear the team to beat in Pool B although Israel and Poland impressed in the qualifier in Voiron, France.

3x3 powerhouse Latvia's latest sensations loom as a favorite and headline Pool C, which might just be the 'Group of Death' alongside Croatia, who were lethal in Voiron, and talented France.

Supremacy for Pool D is most likely between No.4 seed Ukraine and reigning champs Slovenia but Turkey will be trying to make it much more than a two-horse race.

In the women's, Germany's top ranking ensured automatic qualification but they can expect to be pushed all the way by Hungary and Slovenia in a tough Pool A.

No.2 seed Ukraine also received an automatic spot due to ranking and headline Pool B, where Sweden and Netherlands will resume hostilities after the Swedes easily won 17-9 during the qualifier in Szolnok.

After impressing in Voiron, Poland, who secured their spot in absolutely crazy fashion to break the hearts of Turkey, will fancy their chances but Pool C looks wide open with defending women's champs Spain and host Greece aiming for a deep run.

Last but not least, Pool D is probably the pick for 'Group of Death' with Lithuania, France and Czech Republic all unbeaten during the qualifiers.