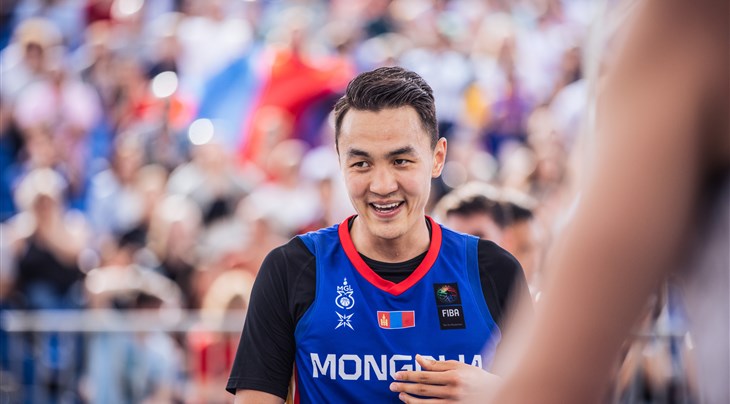 SINGAPORE - After a three-year absence, the biggest event in the region is back with the FIBA 3x3 Asia Cup 2022 set to produce fireworks on July 6-10.

Here are 10 reasons to watch.

3x3's biggest event in Asia is back

It's been three years since we've had a fight for Asian supremacy and this absolutely crazy event has been missed. But life is returning back to normal and that means the FIBA 3x3 Asia Cup returns for its belated fifth edition.

Australia and Mongolia have had the bulk of the early success but the depth of talent is deeper and it's a golden opportunity to see new talent emerge in this vast Asian region.

OGs will know Singapore's special place in 3x3 history with the famous South East Asian country unleashing the half court game to the world at the Youth Olympic Games in 2010.

It was a bit of a novelty back then - and was still a work in progress - but in the 12 years since 3x3 has become a global sensation underlined by stealing the show at last year's Tokyo Olympics.

Finally 3x3 returns to the place where it all began and what an incredible destination Singapore is! Played in the surrounds of the world famous Marina Bay Sands, the Asia Cup will be a reminder of Singapore's ability to put on a show.

Ariunbold is a flame thrower

Anand Ariunbold has circled 2022 and decided it's his time to make the leap. He's done exactly that after a scorching hot start to the pro circuit for Sansar MMC Energy and he's taken that form internationally, where he was lights out at FIBA 3x3 World Cup 2022.

The 25-year-old has become his team's No.1 option and undoubtedly one of the most dangerous players in the world. The 6ft. 5in (1.96m) athletic marvel can score from anywhere and has a special talent for off-balanced twos that seem humanly impossible.

He might just be the best player in Singapore and on current form it's hard to disagree.

Mongolia will be looking for double domination

Off beat Mongolia, renowned for its nomadic lifestyle and pursuit of individual sports, might just be 3x3's greatest success story.

After all, it has become the country's favorite game but Mongolia don't just want to be a cute story. They want to dominate 3x3 and to do that they need to start conquering Asia.

The popularity of 3x3 exploded in Mongolia when the men's team won on home soil in 2017 but they fell short to Australia consecutively in the years to follow.

They have again a strong team with their familiar stars fuelling them into favoritsm.

But that swagger probably doesn't quite carry over to Mongolia women's who haven't medalled since the opening edition in 2013.

But their time might be now as they've been building over the years having famously competed in Tokyo and Mongolia also enjoyed a big W over Egypt at the World Cup before losing to eventual champs France in the play-in to the quarter-finals.

Their hopes probably rest on young star Khulan Onolbaatar, who will need to find the shooter's touch after misfiring in Antwerp.

3x3's Thor has not lost any strength

Warning for opponents of Australia. You're going to be sore and sorry after battling with man mountain Greg Hire, who loves nothing more than banging bodies down low.

The 6ft. 7in and 100kg brute was part of Australia's championship run in 2019 but his momentum was halted by the Covid-19 pandemic. Returning back to 3x3 after more than two years, Hire showed he had lost none of his strength at the Manila Masters, where he inspired newcomers Melbourne to a surprise semi-final run.

Hire has brought together a loaded Australia, including his best mate Jesse Wagstaff - who was lit in his 3x3 debut in Manila - to give Australia every chance of a three-peat.

You want a favorite in the women's? Then it's probably confident China, who absolutely love the big stage and are fresh off a bronze medal at the World Cup.

And importantly they have their two main stars who aren't content with World Cup success and will back up in Singapore.

Bucket getter Lili Wang, who was named in the team of the tournament, and towering Zhiting Zhang, who might be the most intimidating player in Singapore, loom as the best one-two punch in the tournament and that could mean China claim another medal. Mongolia and Australia have played the last two Asia Cup finals as they battle for supremacy in Asia.

The Aussies, who won in 2018 and 2019, also have recent confidence with Melbourne having upset Ulanbaatar MMC Energy in Manila in a match up pitting five players who will play in Singapore.

Australia also share an iconic sporting rivalry against New Zealand, which spills over into the Asia Cup where the Kiwis women's team beat their neighbor in a semi final thriller in 2018.

Perhaps the most heated rivalry is reserved for China and Japan who always bring it whenever they do battle.

We just have to cast our mind back to the World Cup where Japan (women) failed to get out of the pool stage but lifted to upset China, who eventually ended up with the bronze.

A resumption of these rivalries can't be missed.

Once again proving FIBA's commitment to gender equality, the men's and women's events are played simultaneously.

There will be 53 teams combined descending to Singapore with 12 men's and 12 women's teams to play in the main draw.

It's another opportunity to watch the best men's and women's team competing concurrently at a major event. You already know but 3x3 is the game for upsets and we've seen that over the years at the Asia Cup.

In four previous editions, there have been 12 countries who have reached the podium to really prove that dreams come true in 3x3.

Every team heading to Singapore can realistically dream of success and you just can't say that about many other sports. No wonder our fans love this game so much.

You want to be entertained for five days straight? Well you've come to the right place because the sickest plays will be coming at you so fast that you won't have time to blink!