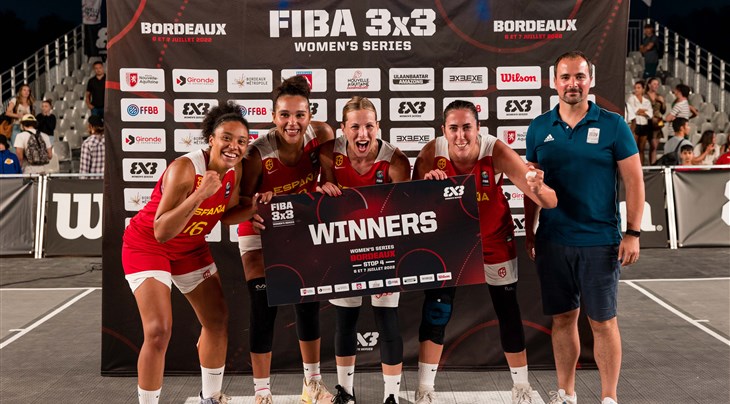 This time around, no overtime torture. Last year's Women's Series MVP Sandra Ygueravide was on a mission in the final of the Bordeaux Stop. The Spanish sniper scored a game-high 12 points on 8/15 shooting, added 3 rebounds, 5 highlights and ended the game before the limit on a sweet reverse layup.

This happened just an hour after the former number 1 player in the world had the best statistical performance of the tournament in the semi-finals against Hungary: 14 points on 8/14 shooting, 6 rebounds and 4 highlights, including a buzzer-beating two from the top of the key while the score was tied at 20.

Ygueravide was named MVP after leading all scorers in France with 46 points, just ahead of the recent World Cup MVP Laetitia Guapo of France (43 points).

Guapo had a team-high 9 points for les Bleues in the final but none of her teammates contributed more than 3 points.

Led by 26-year-old Klaudia Papp, who scored the only other two buzzer beaters of the tournament, Hungary finished third overall.

Her name is Klaudia Papp and this is the way she wins games 🏆#3x3WS #3x3WSBordeaux pic.twitter.com/Sl3Fg1jrQH