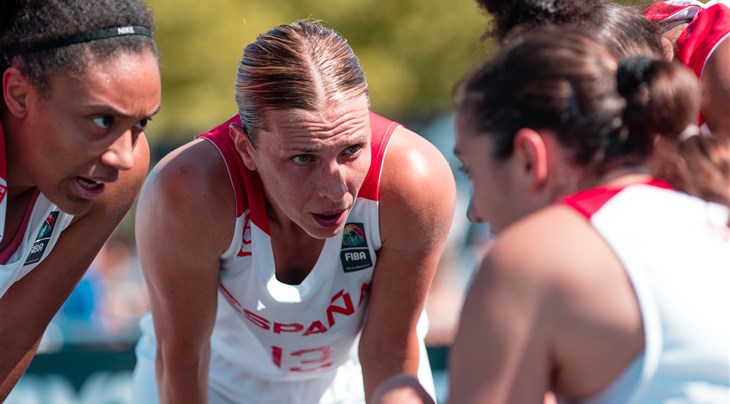 GRAZ (Austria) - The announcement of the pools and schedule for the FIBA 3x3 Europe Cup 2022 revealed some early hurdles for 2021 winners Spain's women and Serbia's men.

With the event just a month away (September 9-11) and tickets already available to the public, the 24 participating teams (12 in each gender) learned more about the path to the European title.

The opening game will set the tone for the competition as the world champions France's women will go first, against neighbors Switzerland who have been a force in 3x3 for 10 years but have yet to win a medal in a senior international competition. Romania - who were one of the 8 teams who competed at the Tokyo 2020 Olympics - will complete a competitive Pool B.

We mentioned things wouldn't be easy for the Europe Cup reigning champs. Spain's women may have drawn the most difficult Pool, with the Netherlands who have struggled at the Women's Series so far this season (haven't reached the semi-finals in 3 tries) but have often managed to elevate their game at the Europe Cup (silver medalists in 2018). Also looming in Pool C, Spain's neighbors Portugal, who have been a sensation this year, shining in the Qualifiers and on the Women's Series (4th in Prague).

Pool A will get the fans on their feet as the home team Austria also get a clash with a neighbor, in this case Europe Cup 2021 runners-up and Women's Series reigning champs Germany. Estonia shined in the Qualifiers and will make it just another unpredictable pool.

Last but not least, a pair of Women's Series powerhouses will face in Pool D with last year's bronze medalists Poland versus the recent Prague Stop winners Lithuania. Good luck to Cyprus on their first appearance at the Europe Cup.

In the men's category, the reigning champs Serbia have a sneaky difficult Pool A, with the revelation of the Qualifiers Israel, whose players caught our eye at the Prague Masters (semi-finals run, with just 3 players). It is true that the players who led Slovenia to gold at the Europe Cup 2016 are no longer on the team. This said, Slovenia knocked out France in the Qualifiers and could be a problem in Graz.

Pool B will be home of the home team Austria. Most of the players got a confidence boost after winning their first-ever Challenger (with Team Vienna) at the ABA Edmonton Challenger. They will need all the confidence in the world as they face last year's Europe Cup silver medalists Lithuania, and a good Hungarian team.

The Olympic champions Latvia will headline Pool C, together with the Europe Cup 2021 bronze medalists Poland and Montenegro, who impressed in the Qualifiers and will make their Europe Cup debut.

More neighbors (definitely a theme in Graz) will clash in Pool D. The inseparable Belgium and Netherlands (who both shined at the Tokyo Olympics) will once again cross path early in an international competition and will have to do better than Azerbaijan to make it to the quarter finals.