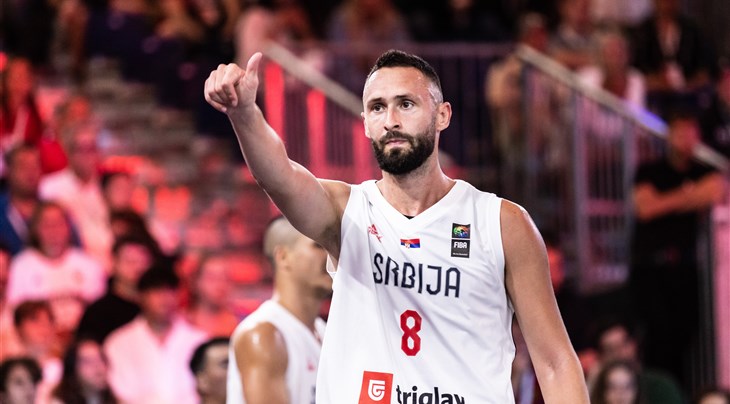 3-time consecutive Europe Cup winners Serbia proved why they are the team to beat in this competition and finished on top of Pool A with two victories before the limit, against Israel (21-13) and 2016 winners Slovenia (21-14).

Led by the number one 3x3 player in the World Strahinja Stojacic (14 points), the reigning world champs have the opportunity to win a historic double (and the second in Serbia's history) on Sunday.

Last year's winners Spain also dominated in women's Pool C. The reigning Women's Series MVP Sandra Ygueravide led the team in scoring with 17 points and was key in their back-to-back wins against Portugal (21-15) and the Netherlands (18-16). The Spaniards are now one step closer to retain their title. Miezis and Lasmanis, Lasmanis and Miezis. The 3x3 Europe Cup 2017 winners and Olympics champs seem unstoppable now that they are finally reunited.

Nauris Miezis aka Robin hit first as he scored 12 points in Latvia's win over Montenegro (21-17), and then Lasmanis, aka Batman took care of business with a game-high 9 points in their 21-13 victory against Poland. Before the quarter-finals, Kamile Nacickaite (Lithuania's women) and Arvin Slagter (Netherlands' men) remained on top of the scoring charts with 21 points apiece.