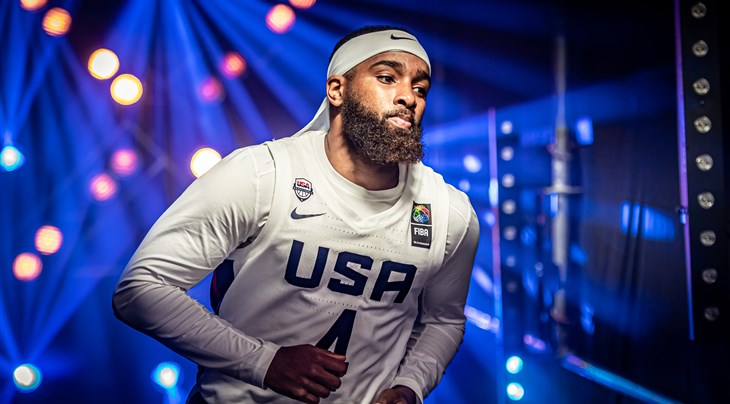 USA Basketball announced on social media its men's and women's lineups with the rosters predictably stacked with stars.

The defending champs have a totally different team than their heroes who were the country's first men's World Cup winners in 2019. But there are familiar names in this squad headlined by 3x3 star Dominique Jones, who you know as 'Disco Domo'.

Jones was the MVP in the FIBA 3x3 World Tour's regular season in 2019 after his fancy foot work and nasty handles stole the show for fan favorite NY Harlem, where his partner in crime Kidani Brutus also shines.

Brutus will add scoring punch and unlimited range for USA, who have brought in fresh faces Khalil Iverson and James Parrott.

Set for a breakout on the world stage, 24-year-old Iverson has shown off his talent at the Red Bull USA Basketball 3X Nationals. The former NBA G League player has insane athleticism and - trust us - will collect some bodies in Antwerp.

Parrott had a taste for the big time at last year's Mexico City Masters where he lined up for Omaha South and he's been trusted to make a splash ahead of several big names as USA aims for back-to-back titles.

The USA women's team set the standard at the World Cup after winning the opening two editions in 2012 and 2014. But it's been a dry run since with the red, white and blue failing to qualify in 2019.

They re-established their dominance at the Tokyo Olympics with a line-up brimming with WNBA stars but USA have picked a new team for Antwerp. Though OG Cierra Burdick brings a wealth of experience having won gold in 2014. If she wins in Belgium, she would become the first-ever woman to win the 3x3 World Cup twice.

She spearheads an incredibly talented USA team, including 20-year-old star Hailey van Lith who always seems to collect Ws in 3x3. In 2019, she won gold and was crowned MVP at FIBA 3x3 U18 World Cup having a year earlier won gold at the Youth Olympic Games.

Towering Lauren Cox, standing 6ft. 4in, is a 3x3 newcomer and there will be a lot of eyes on the former No.3 WNBA draft pick, who was a collegiate superstar and recently won the Red Bull USA Basketball 3X Nationals.

Ashley Joens will also be unveiled on the international stage and there is a lot of excitement over the 22-year-old who has dominated college basketball for Iowa State and won a pair of medals for her country in youth basketball categories.

She rounds out a formidable foursome expected to seriously contend for a gold medal and end Team USA women's eight-year drought at the World Cup.