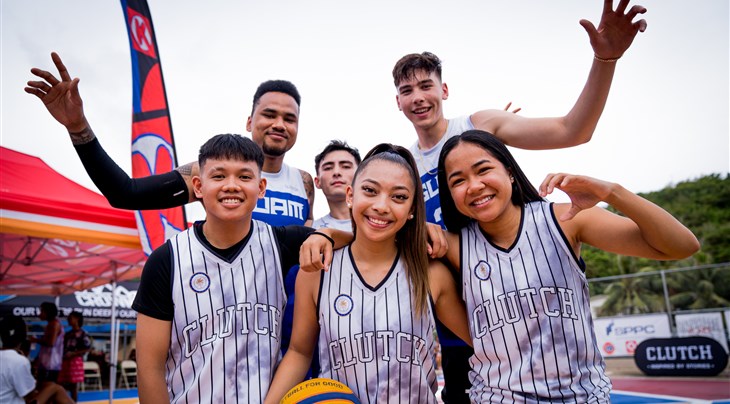 GOLD COAST (Australia) – National teams from across Oceania head to Singapore this week to compete in the FIBA 3x3 Asia Cup. The 3x3 format compliments strategic objectives in the region with national teams eager to compete against the best countries throughout Asia and Oceania.

Aligning with one of FIBA’s strategic priorities to Empower National Federations, and complimenting the global mission of building 3x3, across Oceania 3x3 is providing developing countries with the opportunity to further engage and facilitate community participation.

In Guam, Seve Susuico said the format has ignited that basketball community. “3x3 is pretty exciting here in Guam and it has really kick-started development of the game here and throughout the region,” Susuico said. “A lot of good things are going on; we have a lot of support from the Government and FIBA. There are a lot of young kids who are new to the game and 3x3 is a perfect way for them to get involved and learn. We are smaller in Guam which is great because you don’t necessarily have to have size, for 3x3 you just have to have a lot of heart and that’s what Guam has.”

On the back of their 3x3 Pacific Games Gold Medal, Susuico believes 3x3 is the perfect opportunity for Guam and other countries in Oceania to compete in global FIBA events. “3x3 is an intimate game, its individual team game, and you get to express yourself and your skills that you might not get to do in traditional basketball. The faster pace of 3x3 is better for us in Guam because we are islanders, we scramble, and we scrap and that is effective in this format.”

The FIBA 3x3 Asia Cup will see 53 teams from 30 countries battling it out to win the trophy. Set to take place from July 6-10 at the event plaza of Marina Bay Sands, this year’s event has reached a new high in participation numbers; the previous record set in 2019 with 40 teams from 23 countries. Countries from Oceania will include Australia, Guam, New Zealand, Papua New Guinea, and Tonga.

On the back of their FIBA Micronesian Cup success, the team from Guam are eager to compete against the best countries in the region with player, Thomas Calvo, highlighting the opportunity the tournament presents to compete at a high level. “Previously, at the 3x3 events we have competed well against countries from across Asia and Oceania, we are just looking forward to competing against the best countries in the region. We are excited to match up against Chinese Taipei again and our fellow Oceania brothers in Australia and New Zealand will be great to match up against, it will be a fun tournament.”

Stay across all the action from the FIBA 3x3 Asia Cup via the event website.