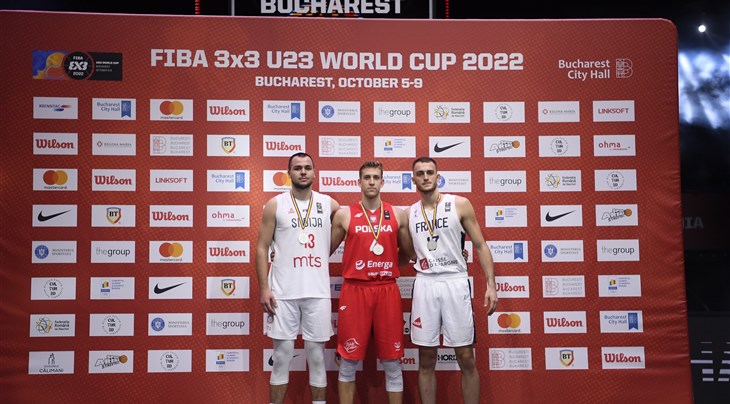 BUCHAREST (Romania) - Poland star Mateusz Szlachetka was named MVP of the FIBA 3x3 U23 World Cup 2022 after leading his team in scoring and hitting a shocking two-pointer for the gold medal on October 9.

We will talk about this shot for years to come. Down 20-19 against Serbia in a thrilling final, the 23-year-old Szlachetka buried a clutch two-pointer off an Adrian Bogucki outlet pass, that brought all the fans at the Bucharest Metropolitan Circus to their feet.

The 6ft 5in. (1.97m) sharpshooter had a team-high 8 points in the final and finished second overall in scoring in the men's category (53 points in 7 games). He was joined on the Team of the Tournament by men's top scorer Lorenzo Thirouard-Samson, who guided France to a bronze-medal finish in Romania, and Serbia's leading scorer Nikola Kovacevic.