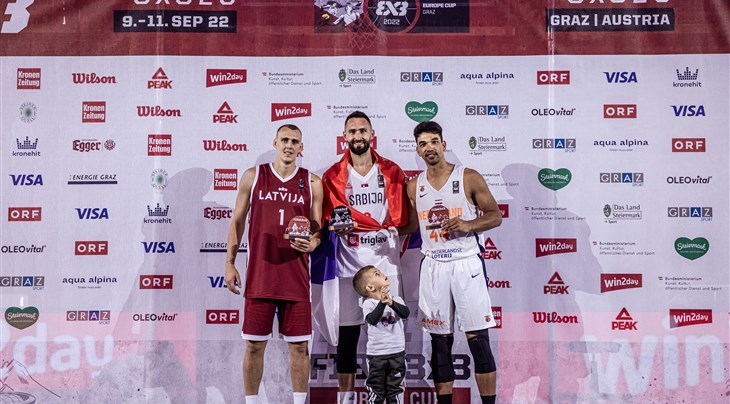 "The Maestro" took home the MVP trophy after scoring a game-high 10 points and leading his team in scoring in Austria.

Nauris Miezis, who scored an unbelievable buzzer-beater in the semi-final against Lithuania and led Latvia to their second silver medal at the 3x3 Europe Cup, was also included on the Team of The Tournament alongside tournament top scorer Arvin Slagter, who won bronze with the Netherlands.