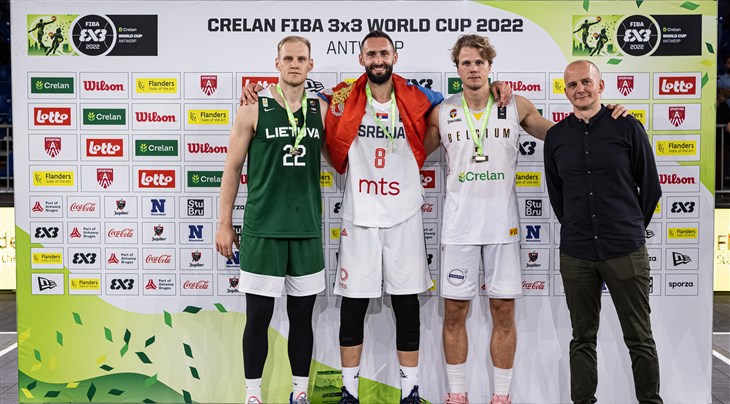 "The Maestro" was named World Cup MVP for the second time after leading Serbia to their fifth World Cup title, finishing as the team's top scorer with 44 points. The man also known as the 'Maestro' became the (joint) most successful player in 3x3 World Cup history with four titles.

He was joined on the Team of the Tournament by Ignas Vaitkus, who led Lithuania to the silver medal, and Thibaut Vervoort, who guided hosts Belgium to 4th place.