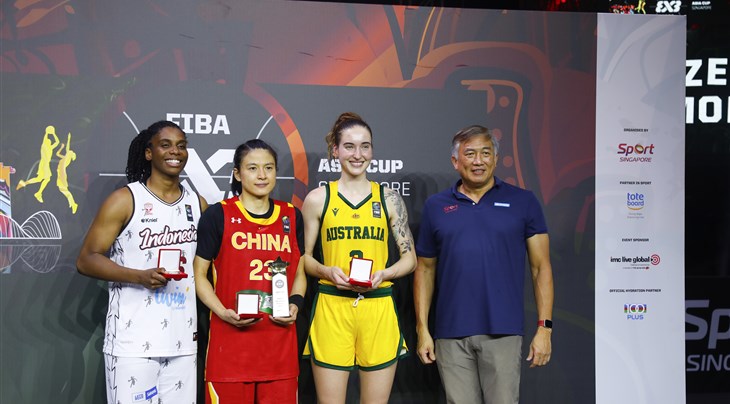 SINGAPORE - Lili Wang was named MVP of the FIBA 3x3 Asia Cup 2022 after leading China to their first-ever Asia Cup title on July 10.

The 29-year old hit clutch shots throughout to lead a dominant China to an unbeaten run on the heels of their bronze medal at the World Cup 2022, where Wang also made the Team of the Tournament.

In Singapore, she was joined in the Team of the Tournament by Australia's silver medal star Anneli Maley and Kimberley Pierre-Louis, who led Indonesia to a historic bronze after an incredible 54 points from 5 games.