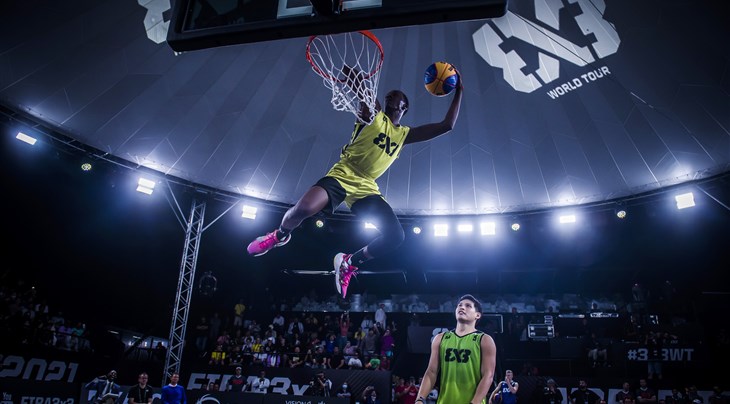 “We are very happy to partner with Maurice Lacroix as the new FIBA 3x3 World Tour Official Timekeeper,” FIBA 3x3 Managing Director Alex Sanchez said. “For the last few years, Maurice Lacroix has shown its vision and commitment for 3x3 by supporting several professional 3x3 players. Like 3x3, Maurice Lacroix is urban, authentic and inclusive. We are looking forward to further growing 3x3 together.”

“Maurice Lacroix is an accessible, urban brand that feels at home in the world’s greatest cities,” Maurice Lacroix Managing Director Stéphane Waser said. “The ‘Official Timekeeper of the FIBA 3x3 World Tour’ is urban, staging events in the heart of several prominent cities, making the sport accessible to many. This resonates with our brand. Furthermore, the importance of precision and timing is applicable to watches and also to the skilful 3x3 players who have to master time and decide whether to pass, shoot or dunk. This exciting sport is something we are proud to be associated with.”

The FIBA 3x3 World Tour will start with the Utsunomiya Opener on May 14-15, feature a record 13 events this year and will culminate with the Abu Dhabi Final on December 9-10, 2022.

Your Time is Now with Maurice Lacroix

For more than 40 years, Maurice Lacroix has demonstrated all of its watchmaking expertise, crafting watches within the brand's Manufacture in Saignelégier, Switzerland. The company makes accessible timepieces imbued with iconic styling and high perceived value. In 2016, Maurice Lacroix reinterpreted its iconic model of the 90s, the Calypso, releasing the AIKON. Modern and daring, the AIKON is made for a generation of Millennials who are connected, curious, ready to take on the world, ambitious and talented. The contours of the AIKON embody the Maurice Lacroix state of mind: a brand that is inspired by city life and captures its energy. Architecture, culture, sport, ecology and innovation are a constant source of inspiration for the creative team working in the brand's Manufacture. With this in mind, Maurice Lacroix chooses to be an active and urban brand that associates its image with a set of activities that capture the vitality of city life

Your time is now