Lithuania get their first 3x3 Women's Series win in Prague 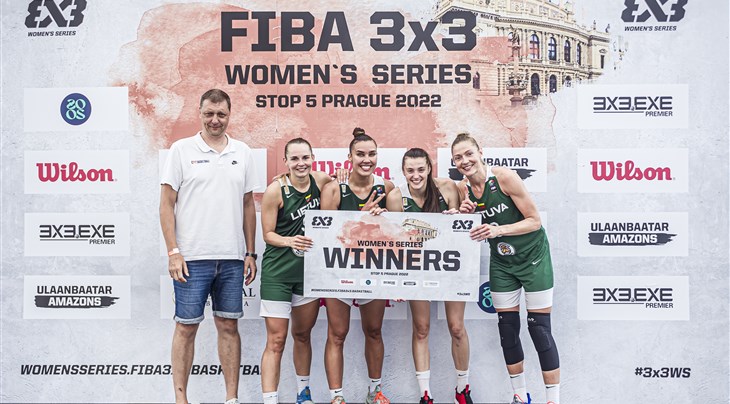 Lithuania defeated 3x3 Europe Cup 2021 winners Spain 14-13 in Prague to win their first-ever Women's Series Stop. With less than 10 seconds to go and with the game tied at 13, Gabriele Sulske cut to the basket and scored the winning lay-up for the Lithuanians.

Monika Grigalauskyte was named MVP of the competition after leading all players in player value. She scored 12 points in Lithuania's win over China in the semi-finals, the team who prevented them from winning the bronze medal at the Crelan FIBA 3x3 World Cup 2022 just one month ago.

Two Women's Series newcomers had a stunning debut in the Czech capital. Portugal finished 4th and the new private team Dusseldorf ZOOS were 5th and provided a ton of highlights.