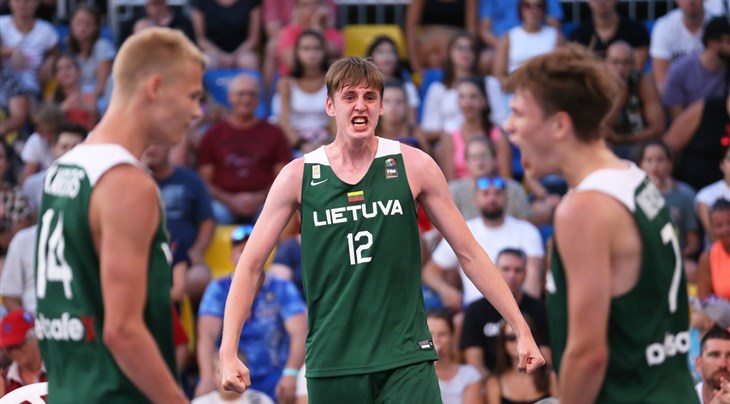 SZOLNOK (Hungary) - Both Lithuanian national teams earned their ticket to the FIBA 3x3 U17 Europe Cup at the Hungary Qualifier in Szolnok on August 6-7, 2022.

After both Lithuanian teams reached the semi-finals of the Crelan FIBA 3x3 World Cup 2022 (the women finished 4th and the men won silver), it was clear that the country had reached new heights in 3x3.

And the next generation is proving Lithuania are here to stay in 3x3. The boys lost their opener against Latvia but then secured their ticket to Greece by beating Denmark and in a decider against Estonia, with the handle-ready Titas Pundinas as their top scorer (18 points in 3 games).

The girls had a clean 4-0 record and never conceded more than 13 points in game. The 6ft (1.84m) Migle Kisarauskaite topped all scorers in the women's category in Szolnok with 6 points per game.

Who qualified in Szolnok?

Men: Estonia (who had to win two extra games, including an absolute thriller 12-11 against Sweden), Germany, Latvia, Lithuania and Ukraine

Who were the top scorers?