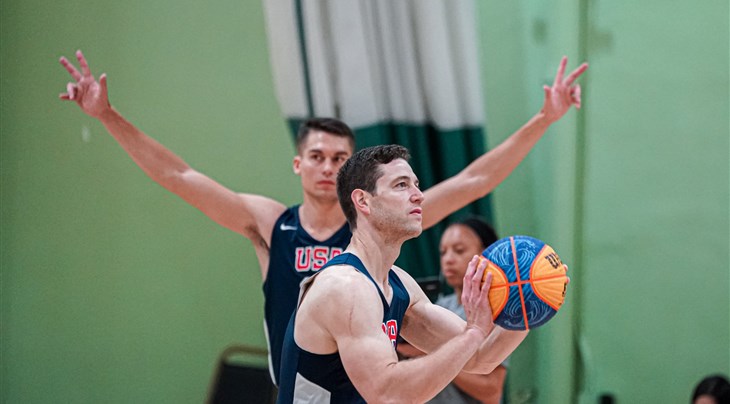 In a splash, former NBA player Jimmer Fredette was named in USA's star-studded line-up for the upcoming FIBA 3x3 AmeriCup 2022 in Miami on November 3-6. It will be his international FIBA 3x3 debut but he has built up recent experience on the half-court through tournaments back home.

He will team up with Princeton stars Kareem Maddox and Canyon Barry, who return after helping lead USA to the title at last year's first edition. Like Fredette, Omaha 3BALL talisman Dylan Travis will make his debut for Team USA.

But this won't be a one and done for Fredette, who is eyeing being part of USA's Paris Olympics 2024 push with the hoops powerhouse looking for redemption after missing out on qualifying for the Tokyo Games.

"Team USA asked me to come and see if it's something I may be interested in, maybe looking to qualify for an Olympic run in the 2024 Olympics. It's been fun," he told The Post-Star newspaper.

"Hopefully everyone will be prepared for the 2024 Olympics in Paris because that's what I'm working for. Have everyone thinking about that on their radar."

The 33-year-old remains hugely popular more than a decade after his spectacular college career at BYU earned him a legion of fans leading to 'Jimmermania'.

The 6ft. 2in (1.88m) guard was drafted in the first round of the 2011 NBA Draft by Milwaukee before being traded to Sacramento. He played subsequently for four other teams but found greater success in Greece and China.

His die-hard fans have stuck by him through the years. "People still enjoy watching me play basketball and I appreciate it so much," he said.

"I've had such a loyal fan base and people have really stuck by my side through the good and the bad and I have appreciated it through my whole career."

With 'Jimmermania' set to sweep into Miami and beyond, a whole new batch of fans will be introduced to 3x3.