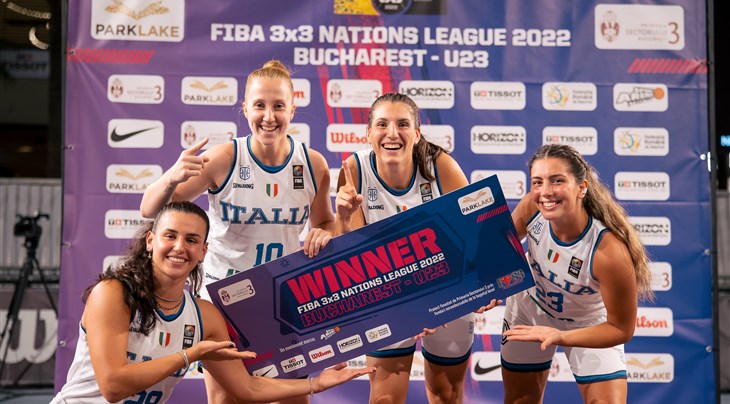 In the highly competitive men's draw, Israel were in a dogfight but gained a crucial victory in Stop 5 and their consistency throughout the competition - with stops 1-3 being held in Tel Aviv on May 30-June 1 - was the difference.

Israel never finished lower than third and that was enough to edge past second-placed Italy and the conference top scorer Michele Serpilli, who fell just 10 points short after winning the sixth and final stop.

19-year-old Shoham Gat was dynamic with an array of sick inside and outside moves to be a player to watch in the future.

In the women's, Italy were in pole position after a strong first three stops but they lifted their game to new heights with a trio of victories in Bucharest.

The Italians were irresistible in an unbeaten run to finish a whopping 110 points clear of second-placed Romania, who finished runner-up in each of the three stops at home.

Towering Sara Madera was impossible to stop (9.3 points per game!) when she had a full head of steam to lead Italy into the Final.

Madera with the HUGE and-1 to secure the finals! 🥶 #3x3NL pic.twitter.com/8W2ZSHr5eE

The Nations League makes a quick return on August 12-18 with the Africa North Conference in Cairo, Egypt.