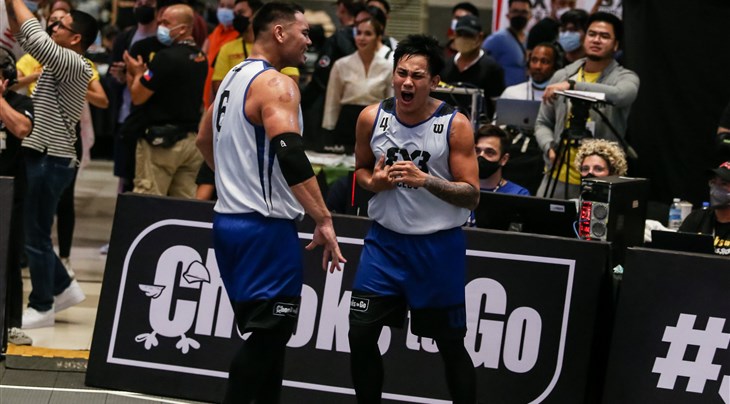 CEBU (Philippines) - For fans of Cebu Chooks - and there are plenty on the bandwagon after watching Mac Tallo reach into his bag of tricks - don't despair because there is hope.

These exciting Filipinos can still qualify for next month's showpiece FIBA 3x3 World Tour Abu Dhabi Final 2022. There are 11 teams who have officially qualified for the season finale but there is one spot up for grabs as the regular season winds down.

And Cebu can be the lucky last if things go to plan.

They'll need everything to go right and it feels like it could be a plot in the next Mission: Impossible film but we've done the math and Cebu really has a chance.

On the World Tour standings, Cebu are currently 19th on 76 points - still well behind 12th place Lausanne Sport who are on 173 points. There is one Masters left in the regular season at the first ever Hong Kong Masters on November 26-27.

Firstly, to keep their dream alive, Cebu need to win the Chooks-to-Go Pilipinas 3x3 2022 Quest 2.0 on November 20 with the winner to qualify for the last spot in the 16-team Hong Kong Masters.

Their chances of emerging victorious are strong in the all-Filipino field at the one-day event with Cebu bringing their big guns headlined by Tallo, who has broken enough ankles to fill a hospital.

Cebu's biggest threat is likely to be Manila Chooks led by big fella Henry Iloka, who puts bodybuilders to shame when he flexes.

If they go all the way then Cebu will grab the last spot in Hong Kong, where the winner receives 100 points - enough to leapfrog them over Lausanne and into Abu Dhabi.

It looks difficult in an absolutely loaded draw featuring the top eight ranked teams in the world looking for a momentum boost before Abu Dhabi.

But don't write off Cebu because anything is possible in 3x3, especially when Mac Tallo has the Wilson in his magical hands.