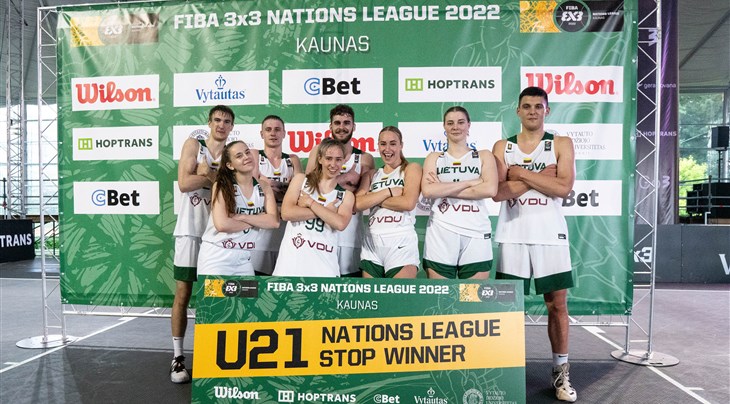 In the men's, Czechia dominated after winning the first and third stops sandwiched between a third place finish in stop two. They cruised in the first top with a 21-7 defeat of Austria but couldn't continue the momentum after losing to host Lithuania 18-15 in stop 2.

But Czechia avenged that defeat in the third stop with a 21-19 victory over Lithuania and capped off a successful trio of events with a thrilling 21-20 win over Poland in the final.

It was a contrast to their women's team who finished fifth overall out of six teams.

Host Lithuania finished second on the men's standings largely due to winning the second stop, where they beat Poland 21-17 in the final.

In the women's, Lithuania fed off the home crowd and won stops 2 and 3, where they crushed Romania and Austria. Their only loss during a stellar three days of competition was first up in stop 1, where they fell to Poland 21-17 but proved unbeatable after that.

Poland continued their winning ways en route to a 19-6 route of Estonia in the final to claim stop 1 but struggled in the subsequent two stops.

They, however, finished second on the standings but well short of the lethal Lithuanians, who relied on their rising star Ugne Sirtautaite, who led the team in scoring with 52 points in 8 games. The sharpshooting Marie Sepp topped the scoring charts with 55 points in just 7 games.

The next three stops will be held in Romania, Bucharest, on July 15-17.

The Nations League makes a quick return on June 17-19 with the opening three stops of the U23 Europe (East) in Kaunas.