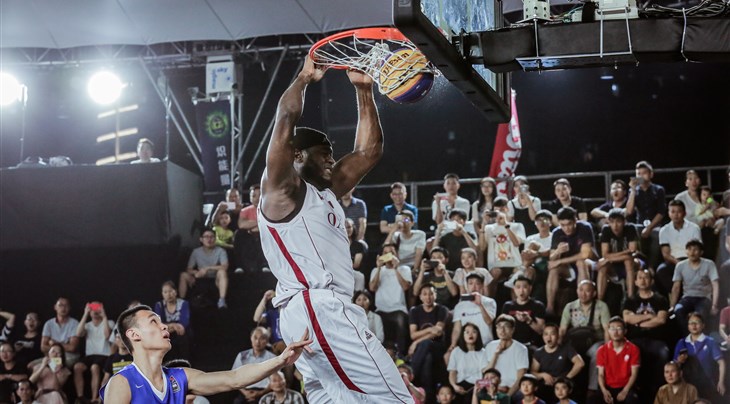 Six teams in each gender have their dreams on the line during the two-day event in Doha, an iconic 3x3 location. with the winners of each gender to qualify for the FIBA 3x3 World Cup 2022.

In the men's, World Cup 2014 winners Qatar have been drawn in a tough Pool A against New Zealand, the No.1 ranked team in Oceania, and Kazakhstan, who are ranked ninth in Asia.

Iran, who are No.5 ranked in Asia, are favored to get through Pool B against Sri Lanka and Malaysia.

In women's Pool A, Qatar, who are ranked No.2 in Asia, face a similar serious challenge like their male counterparts against New Zealand, who are the top team in Oceania and famously won the FIBA 3x3 Asia Cup 2018.

Iran, who enter as the No.9 ranked team in Asia, will be aiming to prove it's much more than a two-horse race.

Uzbekistan, ranked No.4 in Asia, are favored to progress from Pool B against Sri Lanka and Kazakhstan.

For the very first time, the winners of the 3x3 Continental Cups qualified for the next World Cup. The World Cup Qualifier Asia was announced after the 3x3 Asia Cup could not be staged in 2021 due to the COVID pandemic.

The event is held at the Al Gharafa Sports Complex, a state-of-the-art sport venue. Doha is a much-loved 3x3 destination having held Masters events in the past three seasons of the FIBA 3x3 World Tour.

The winners will get the last tickets to the FIBA 3x3 World Cup 2022, which will take place for the first time in Belgium's famous port city of Antwerp on June 21-26. The exact location will be ‘Groenplaats’, one of the most iconic squares in the city's historic district.

It will be the seventh edition of the FIBA 3x3 World Cup and first since 2019 when USA won the men's gold medal and China claimed women's gold.