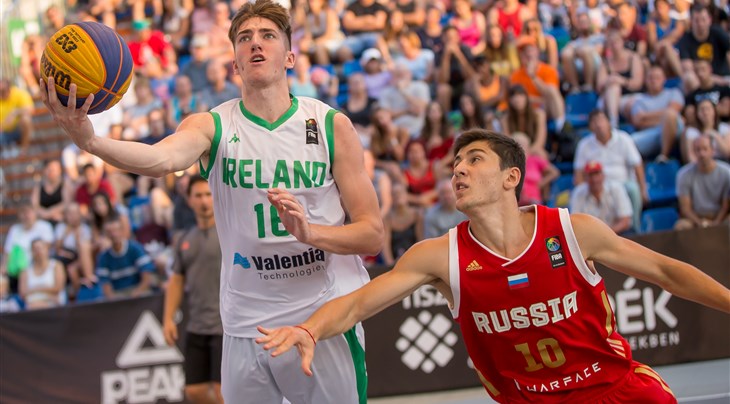 LIMASSOL (Cyprus) - The wait is finally over for teams whose dreams of competing at Europe's biggest 3x3 event on the continent are on the line at the Limassol Qualifier on June 4-5.

The winners in Cyprus will qualify for this year's FIBA 3x3 Europe Cup on September 9-11, 2022, which will be played in Graz, Austria.

No.1 seed Ireland will be out to prove they deserve top billing with a youthful group aged 27 and under. There is particular interest in 22-year-old Cian Heaphy, who will be trying to light a fuse under an Irish team trying to make some noise in 3x3.

Host and No.2 seed Cyprus are hoping to feed off their passionate fans and they boast an experienced group who led them to the Europe Cup last year. Big fella Christos Loizides is a handful down low and if he dominates then Cyprus will be in good shape.

No.1 seed Malta have a blend of youth and experience, which they hope will help them live up to top dog status. Stephanie De Martino has been amongst her country's best players for years, while there is a lot of interest over 20-year-old Mikela Riolo who has dominated 3x3 locally for a while. Like their male counterparts, No.2 seed Ireland are among the favorites and boast 21-year-old Enya Maguire, who has shown flashes of brilliance in events on the island. This could be her moment!

It's wide open and, as we know, anything can happen in 3x3. Andorra is hoping to make a splash and they just might through their top player Bruno Bartolome Frases with the 22-year-old capable of single-handedly creating a heat wave through Cyprus.

No.4 seed Kosovo is hoping youth might be the difference maker and they've got the need for speed through teenagers Visar Ejupi and Rron Dahsyla.

No.3 seed Andorra is one to watch and they boast in-form Claudia Guri, who has been sizzling in the local league and she's keen to raise the temperature in Cyprus. Host and No.4 seed Cyprus can't be overlooked on home soil and will be boosted by the loud fans, who might just reserve the loudest cheers for young gun Eleni Pilakouta.

The 6ft. 3in (1.92m) 21-year-old might just become a local legend if she can help Cyprus into the promised land in Graz.

Both categories at the Cyprus Qualifier will be played with a Round Robin with 2 pools followed by direct elimination. The winners of each category will qualify to the FIBA 3x3 Europe Cup 2022.