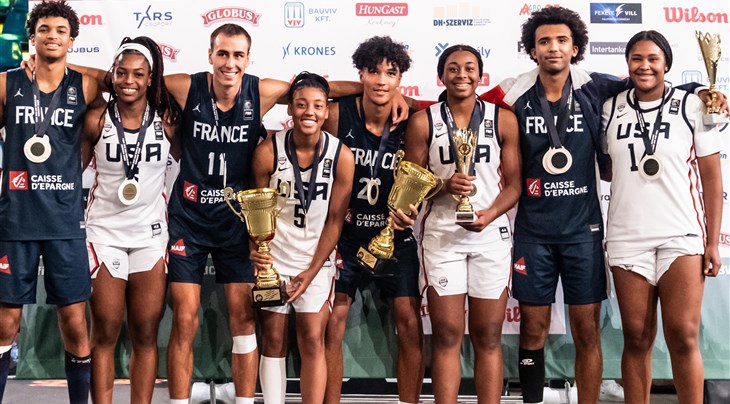 Ekwakwe Priso, who scored the game-winner in the final and led his team in scoring, was named MVP of the competition and was joined on the team of the tournament by Serbia's Suput and Lithuania's Rokas Jocys. Jocys led all scorers in Debrecen and buried an incredible buzzer-beater to help his country bring home the bronze.

USA's women won their sixth overall and fourth consecutive gold medal in the 9th edition of the FIBA 3x3 U18 World Cup. Mikaylah Williams was named MVP for the second year in a row after topping the scoring charts and scoring a game-high 9 points in the final against Germany (21-11).

The 17-year-old starred on the Team of the Tournament, alongside Germany's Lina Falk and Spain's Alicia Florez, who had a game-high 5 points in a nail-biting bronze-medal game, that saw Spain beat France 16-14.