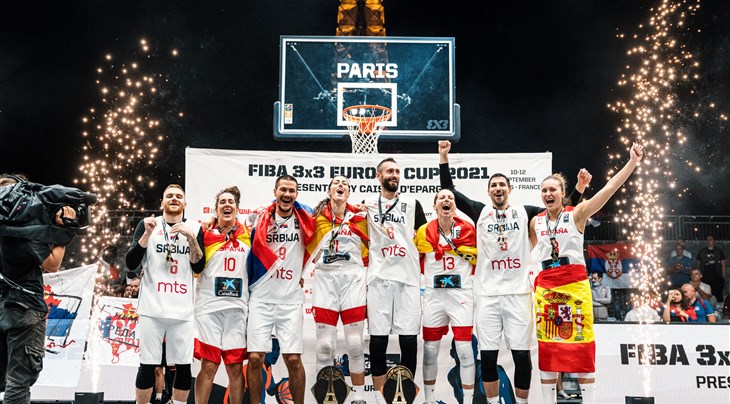 GRAZ (Austria) - Anticipation is building for continental Europe's biggest 3x3 event after the pools were revealed for the qualifiers taking place in three countries next month.

The pools were not determined through a draw but automatically created through the 3x3 Federation Ranking of the participating teams in the respective category as of March 1, 2022.

Six men's teams and 4 women's teams will not have to go through the qualifiers having clinched their tickets to Graz by winning the last edition in front of the Eiffel Tower, as hosts and based on ranking.

Serbia are the defending men's champions, while Spain memorably won the women's event in 2021 in Paris - which is the site of the 2024 Olympic Games.

The competition's 7th edition will bring together 12 men's and 12 women's teams in what is set to be non-stop 3x3 action for three days. Both categories at the Cyprus Qualifier will be played with a Round Robin with 2 pools followed by direct elimination. The winners of each category will qualify to the FIBA 3x3 Europe Cup 2022.

The other 2 Qualifiers will be played round-robin style in 4 pools, followed by 1 elimination round starting with the quarter-finals.

In the men's category, the winners of the semi-finals will qualify to the Europe Cup.

Besides that, the best third in the men's category and the best fourth in the women's category (comparing the Romania and Israel Qualifier) will also earn a ticket to Graz.