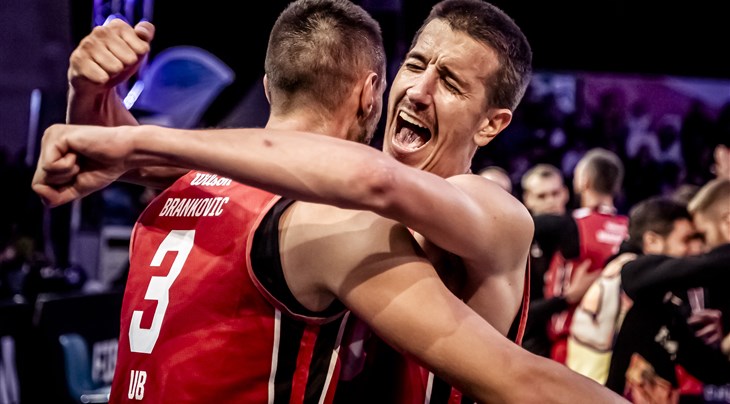 UTSUNOMIYA (Japan) - It's baaack! The wait is finally over because Season 11 of the FIBA 3x3 World Tour is about to get started at the Utsunomiya Opener.

Let's take a closer look at everything you need to know before the action starts on May 14-15.

Where can I watch the Utsunomiya Opener?

Who is competing in Utsunomiya?

This is an absolutely loaded fielded. Don't believe me? Well we've pulled out 11 of the top 13 teams to make sure the World Tour starts with a battle royale.

There probably isn't one clear cut favorite but a handful of contenders. Truthfully, anyone in the draw could go all the way after 2021 delivered more thrills than the new Scream movie as new contenders emerged.

But if we're going to pick a few, we just have to start with No.1 seed Ub, who probably had the best stretch of anyone in 2021 when they went back-to-back in Debrecen and Montreal. The instant chemistry between Novi Sad great Dejan Majstorovic and a nastier Strahinja Stojacic had to be seen to be believed.

The usual suspects Liman and Riga will be out to prove they haven't lost a step. The last time we saw the Serbs, they were partying like it was 1999 after taking out the Jeddah Final to prove a point to critics, while Riga are counting on Nauris Miezis to show their Olympic shape.

If there is one popular pick it might just be Antwerp, who are the No.2 seed but could not go all the way during their memorable debut season of 2021.

They have, of course, Thibaut Vervoort aka 'Must See TV' who has promised an even better second season but he's not a one man show. Nick Celis, a walking bucket himself, likes to sometimes play the lead role and he'll get his points too. Sadly the team will feature just three players after their fourth member tested positive to COVID one day before flying to Japan.

You want a dark horse? Well, they probably are too good to be labelled an underdog but new-look Jeddah might be the most intriguing team after an off season makeover.

The Saudi Arabians had probably the best off season after picking up ex-Sakiai star Darius Tarvydas and 3x3 great Simon Finzgar. The additions make Jeddah absolutely loaded and so talented on O that they might finish off games within minutes. That's, of course, if the pieces click.

I could go on and on, but I think you get the point.

Just don't miss a second of the hottest event this weekend and remember you can pick all these stars on your dream team in our brand new 3x3 Fantasy app.