Everything you need to know before FIBA 3x3 World Tour Lausanne Masters 2022, presented by Yuh 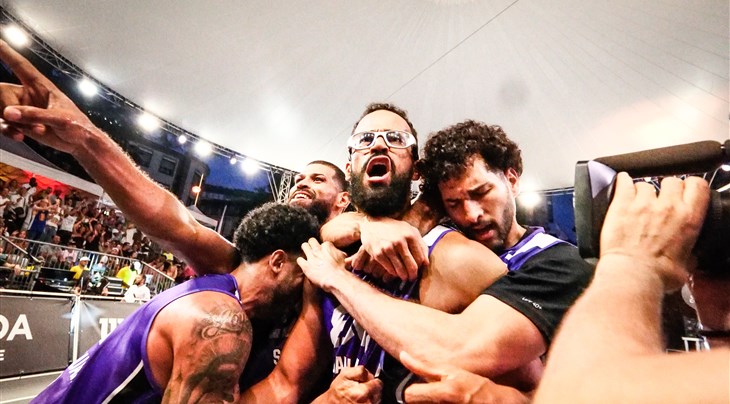 LAUSANNE (Switzerland) - It's approaching the business end of the FIBA 3x3 World Tour 2022 and the busy season starts with the fan favorite Lausanne Masters, presented by Yuh on August 19-20.

Let's take a closer look at everything you need to know about this season's fourth Masters before the action starts on August 19-20.

Where can I watch the Lausanne Masters?

Who is competing in Lausanne?

There are many so where to start? With Ub Huishan NE (SRB), of course, who deserve to be in their own tier after three straight titles to start 2022 and riding a 14-game winning streak to inch them closer to the legendary 32-win record by Novi Sad in 2018.

Ub will be extra motivated having been stunned by San Juan (PUR) in the final in Lausanne 12 months ago and the rivals are scheduled to clash head on in a Day One blockbuster.

If Ub are to finally trip up then fellow powers Liman Huishan NE (SRB) and Antwerp (BEL) are next in line and desperate to show they are legit on the same level as the current runaway leaders.

Liman have been just as dominant as Ub albeit in Challengers, where they have insanely won 20 straight games and four titles. Frustratingly things haven't quite fallen their way in Masters, including losing to Ub in the final in Manila.

But the Serbs know they aren't far away and so too Antwerp, who also have claimed silverware in Challengers but quite remarkably never on the World Tour. The Belgians will have a point to prove after a surprising early exit in Manila where the plug was pulled out from Thibaut Vervoort, who normally has the best show on TV.

No.4 seed Amsterdam HIPRO (NED) haven't been seen on the Tour since the Utsunomiya Opener, where they reached the semis. The Dutch Masters are always in the mix but face Sakiai Gulbele (LTU) in pool play in an early test.

The Lithuanians are another team with Challenger success this season, but it hasn't translated on the big stage.

Dark horses include Ulaanbaatar MMC Energy (MGL), defending champs San Juan and host Lausanne Sport (SUI) with each team capable of a giant killing run if they heat up the Olympic capital.

But maybe the best of the rest might just be in-form Belgrade Partizan (SRB) fresh off a runner-up finish including statement wins over Liman and Ulaanbaatar MMC Energy, who they meet on Day 1 in Prague.

We just have to start at the top - Strahinja Stojacic aka 'Dr Strange' but there isn't anything unusual about his domination on the half court. It is completely routine now having won two MVP trophies this season to stamp himself as the undisputed best player in the world.

If he's somehow not feeling it - or injured like in Manila - then Ub have the luxury of boasting Dejan Majstorovic whose stroke is so pretty that it should be framed in the Louvre.

Liman have firepower to match starting with red hot Alexsandar Ratkov who has been collecting almost all the MVPs on offer at Challengers. The athletic big fella now wants to add a Masters MVP and if he doesn't then his superstar teammates Stefan Kojic and Mihailo Vasic just might.

We've already mentioned Antwerp's Thibaut Vervoort, who commands so much attention that it leaves the lane open for young beast Caspar Augustijnen to do his thing around the rim. And trust us, the 23-year-old loves nothing more than shaking those rims as a new 3x3 star emerges.

Amsterdam's Dimeo van der Horst can do it all, including dishing dimes as per his dope nickname but what he really loves above all else is splashing from every spot on the half court and doing his air guitar celebration.

Talk about buckets and Ulaanbaatar MMC Energy are fortunate to be loaded with walking fire starters Delgernyam Davaasambuu, who might just need to be nicknamed 'Mr Strong', and sniper Steve Sir.

Miracle man Angel Matias led a San Juan revival last year and he wants to prove that Lausanne is his half court having memorably won MVP last year.

We always love a new wave of stars and in Prague Ivan Popovic and Marko Cakarevic became the brilliant Belgrade duo and they are out to prove in Lausanne that they are no joke.

It all adds up to one of the most stacked fields we've seen as the World Tour returns to one of its most beloved destinations where the fans are rowdier than a frat party.