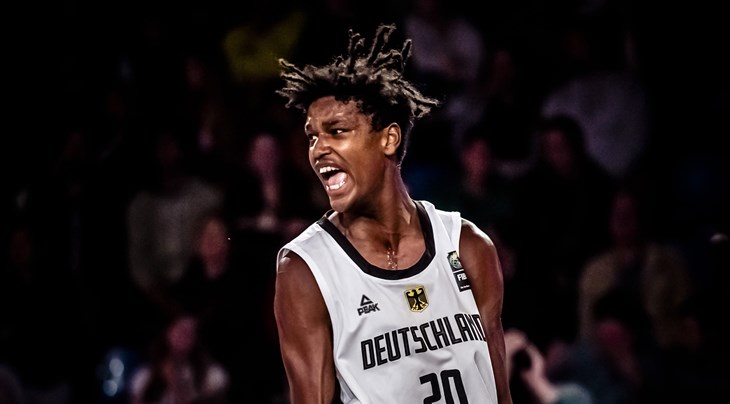 Let's take a closer look at all the main details for this major youth event held in a 3x3 favorite destination in Debrecen, Hungary.

Who is competing in Debrecen?

There are 20 men's and 20 women's teams competing in Debrecen.

In the men's, No.1 seed Germany have top billing and are led by excitement machine Fabian Giessmann who starred during his team's dominate FIBA 3x3 U17 Europe Cup Qualifier 2022 earlier in the month.

Hoops power USA are the two-time defending champs and bring back Eric Dailey Jr, who will make the rims rock in Debrecen because this 18-year-old can walk on air.

No.3 seed Estonia might have a new-look team but they will want to try to replicate their effort from last year after a giant-killing run resulted in a silver medal.

In the women's, three-time defending champs USA have a typically talented line-up led by Mikaylah Williams, who was a gold medalist from last year's triumph.

No.1 seed Germany agonizingly missed the podium last year and will be determined to make amends for the disappointment, particularly young guns Lina Falk and Greta Kroger.

3x3 power France are another to keep an eye out for, especially towering 18-year-old Rose Laure who has played previously at FIBA 3x3 U17 Europe Cup 2021 and can dominate the paint like Frida Kahlo.

The Next Gen of stars will be out in force in Debrecen and the hype train might be getting out of control for Giessmann, who we've seen light up this stage before.

If Giessmann doesn't hit you then Denzel Agyeman might just pack a punch because this 17-year-old is explosive.

You won't be able keep your eyes off Ukraine's Vladyslav Semerych, who at 6ft. 9in (2.09m) is an athletic marvel and loves knowing more than collecting body bags. Opponents be warned.

In the women's, reigning MVP Mikaylah Williams returns and she's an absolute walking bucket who made it rain in Debrecen last edition. Get your umbrellas ready because the 17-year-old is even nastier 12 months later.

Williams is out to prove she's the best player in the tournament, but faces stiff competition from Iris Vennema of the Netherlands. The tall 17-year-old has already played in under-aged Europe and World Cups and those experiences should help her make a statement in Debrecen.

Another must watch is Latvia's Paula Petersone, who you might have seen at the recent FIBA 3x3 Women's Series Bucharest Stop and she's still only 17 years of age but her game is downright mature.

You just know she'll have some more tricks in what is already a deep bag.