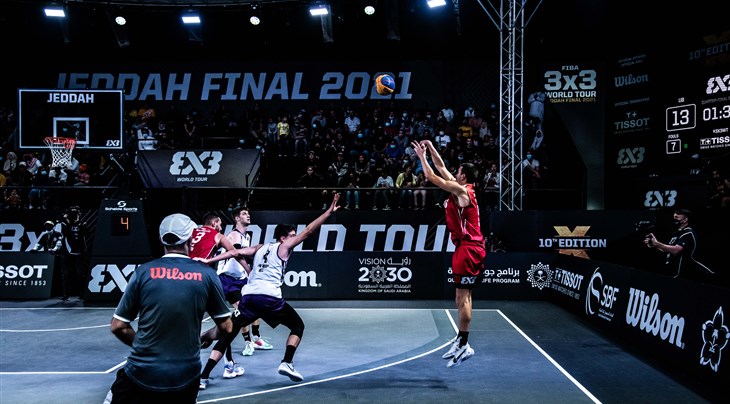 “It is our great pleasure to continue our successful working relationship with Enlio in 3x3,” FIBA Secretary General Andreas Zagklis said. “The partnership with Enlio has been a key step in the professionalization of 3x3 as a fast-paced and spectacular Olympic discipline, through high-technology flooring systems that address players’ needs for safety and high performance.”

The announcement comes just one year after Enlio was the court supplier for the 3x3 event at the Tokyo 2020 Olympics and three years before the end of the previous agreement.

In 2019, Enlio engineered a court, tailor-made for 3x3, whose SES® Elastic Tile - softer than ordinary polypropylene material and which realizes full body soft structure - ensures excellent support and protection for the players’ body. The court’s anti-slip and impacting force effectively protects the players’ joints and helps them express their strength and leaping ability to the maximum. The soft structure and smooth texture design offers the players protection against serious bruises. This technology also guarantees a better and more stable ball bounce. Its weather resistance property helps retain excellent elasticity all year round. Last but not least, the court is made of recyclable thermoplastic elastomer tiles.

“We are delighted to extend our partnership with FIBA for 3x3,” Enlio Chairman Li Yu said. “It was a great pride for us to see our courts used all around the world in FIBA 3x3 competitions, including the Tokyo Olympics. We are passionate about the growth of the discipline at the Paris and Los Angeles Games and are excited to be given the chance to bring our contribution for the foreseeable future.”