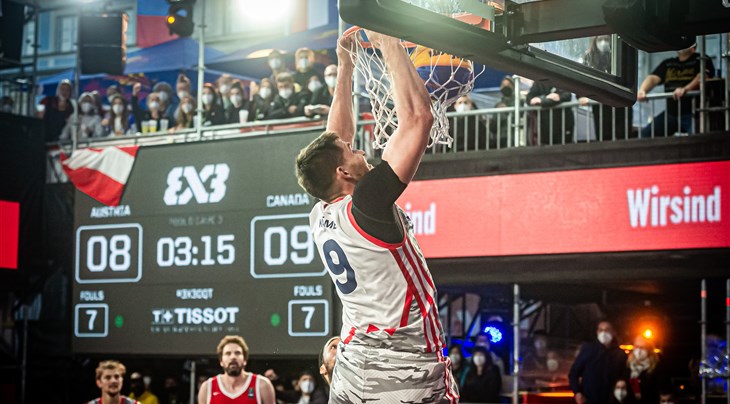 Seven men's teams and 5 women's teams will not have to go through the qualifiers as they have already clinched their tickets to Graz by winning the last edition in front of the Eiffel Tower, as hosts and based on ranking.

Following FIBA internal Regulation, this qualifier is reserved to teams of National Federations of the C/D groups.

Both categories will be played with a round-robin with 2 pools followed directly by elimination. The pool winners will advance directly to the semi-finals while the 2nd and 3rd placed teams in the pool will play an additional play-in game to the semi-finals.

The winners of each category will qualify to the FIBA 3x3 Europe Cup 2022.

Both the men's and women's fields in both qualifying locations will be played round-robin style in 4 pools, followed by 1 elimination round starting with the quarter-finals.

In the men's category, the winners of the semi-finals will qualify to the 3x3 Europe Cup.

The pools will not be determined through a draw but will be automatically created through the 3x3 Federation Ranking of the participating teams in the respective category as of March 1, 2022.