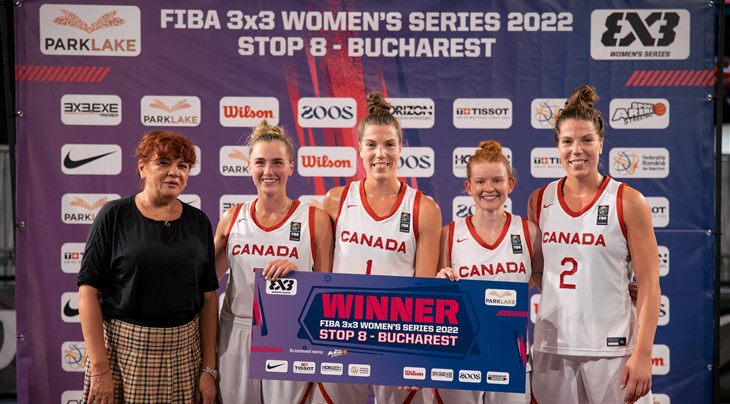 In the final against World Cup 2018 winners Italy, Canada took an early lead (7-1 after 1'30") and never looked back. Their 21-10 win ended up being the Fastest Game of the event (just 7'02" of playing time). Michelle Plouffe was astonishing in the title game: she had one of the only three triple-fives of the entire tournament with 8 points, 6 rebounds and 5 highlights.

Her sister Katherine added 5 points and was named MVP of the Bucharest Stop after leading the event in rebounds and key assists. Sharpshooter Paige Crozon added 7 points. For the Italians, 3x3 World Cup 2018 MVP Raelin D'Alie led the team with 5. Their second place tied Italy's best-ever performance on the Women's Series (since the Turin Stop in 2019).