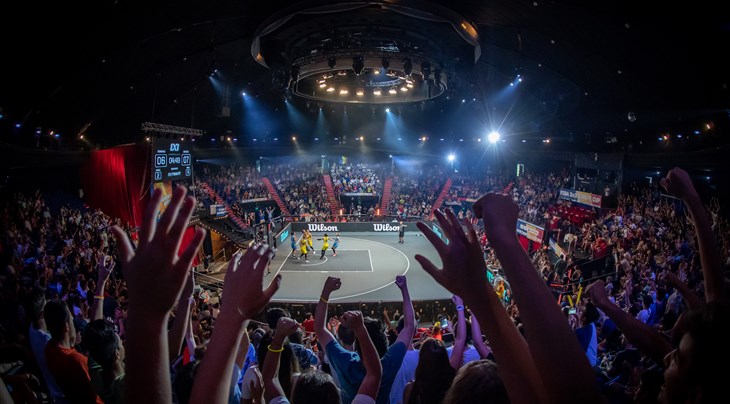 Let's take a closer look at all the main details for this major youth event's third edition, which will be held in Bucharest, Romania.

The FIBA 3x3 U23 World Cup 2022 will be played in the Bucharest Metropolitan Circus, the same venue where the 3x3 Europe Cup 2018 took place.

There are 20 men's and 20 women's teams competing in Bucharest. Click on the teams below to view the full rosters.

In the men's, France arrive with a team scarier than the hit horror film Smile. Les Bleus were almost unstoppable to claim the FIBA 3x3 Nations League Final 2022 and France are hoping for more silverware.

High-flying Lorenzo Thirouard-Samson was named MVP and the 21-year-old will form a dynamic duo with Thomas Pottier.

France have formidable firepower but so do others, including a deep Germany squad led by Leon Fertig who has starred on the 3x3 pro circuit for Dusseldorf LFDY.

No.1 seed Mongolia boast a talented line-up with big game experience, while No.2 Lithuania will be aiming to continue their strong year at the international level and should enter confident especially if Eimantas Zilius shoots the lights out like he does for Kaunas.

Asian powers China and Japan will also be eyeing deep runs in their bids to translate continental domination onto the world stage.

The women's draw is similarly stacked with France just as dangerous as their men's counterparts having taken out the Nations League Final 2022, Camille Droguet and towering Sixtine Macquet can lay the smackdown with a lethal one-two punch.

You just know mighty USA will have plenty of weapons and they've brought some WNBA talent who know how to get it done on the 3x3 court.

Asian power China are magnets to medals in international competitions and their New Gen Kun Huang and Ji Yuan Wan have already tasted success with gold at the FIBA 3x3 Asia Cup 2022.

The Netherlands, Japan and host Romania also loom as contenders.

We've already named some of the standouts above but there are plenty of other hot prospects ready to shine.

Chile's Lucas Thiebaut has been hyped as one of the best players in Bucharest and it's easy to see why with this 6ft 6in (2m) athletic beast capable of winning games single-handedly.

If you want another excitement machine then get familiar with Israel's Shoham Gat, who can do it all with the Wilson. China's newest sensation 23-year-old Jianghe Chen received secrets from the best when he lined up for world No.1 World Tour team Ub at the Ultra Novi Sad Challenger 2022. While Mongolia's Ikhbayar Chuluunbaatar and Altangerel Batsaikhan have gained invaluable experience on the World Tour and want to show everyone what they've learned.

Emily Engstler will enter Bucharest believing she's the best women's player in the field and the WNBA player is worthy of the hype. Just marvel at her all-round game, where she can do it all.

Speaking of versatility, the Netherlands' Noortje Driessen - who just won silver at the 3x3 Europe Cup - can dominate on equal doses on offense and defense with the insanely skilled 23-year-old already boasting a lot of international experience.

Mongolia's Khulan Onolbaatar and Romania's Teodora Manea are two of the best scorers in Bucharest and it's lights out if they get going.

Not to be overshadowed, Japan's Norika Konno and Orsolya Toth from Hungary can heat up faster than a microwave underlining the rich amount of talent in this hotly contested draw.