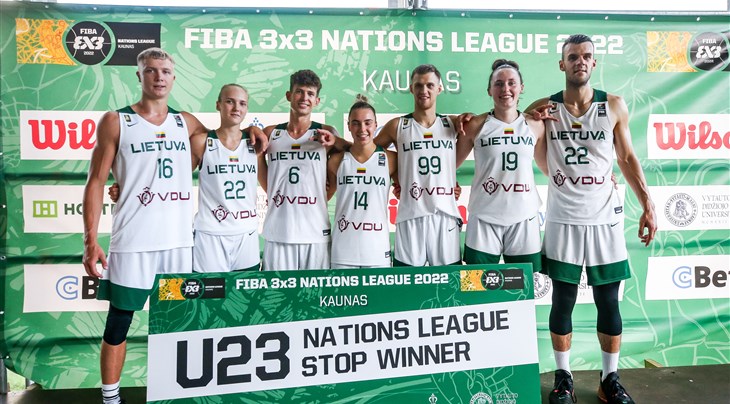 In the men's, Lithuania entered in a near impregnable position after winning two of the first three stops in June.

But they missed Justinas Ramanauskas, who was lights out previously, and the competition had improved as the Conference recommenced with Ukraine, who had won stop 3, upsetting Lithuania en route to going all the way in stop 4 (mostly thanks to conference top scorer Yakiv Titov).

But Ukraine fell away after that as Lithuania regrouped and finished off the tournament with a bang in stop 6 with a big 19-12 win over Estonia, who had finally hit their straps with a surprising victory in stop 5.

Lithuania proved they had impressive depth of young talent with Rokas Maciulis colder than a Lithuanian winter.

In the women's, Lithuania were looking to continue their flawless run in stops 1-3 but this loomed as a big challenge without 16-year-old basketball prodigy Juste Jocyte, who had been unstoppable in June.

Without 'Double J' and a sub, the team still proved incredibly difficult to beat.

They fell short in stops 4 and 5 before finishing off the tournament with a thrilling 17-16 victory over Poland, who missed out on a third straight triumph and finished second on the overall standings.

The 22-year-old Egle Zabotkaite stepped up with the conference top scorer deadly from deep to ensure Lithuania didn't miss a beat.

The Nations League makes a quick return on August 2-4 in Szolnok, Hungary, in stops 4-6 of the Europe Central conference.