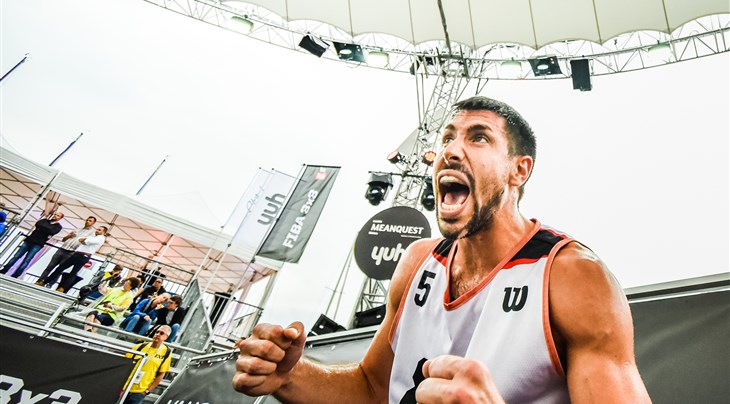 PENANG (Malaysia) - No.1 seed Liman Huishan NE (SRB) will be aiming to rediscover their winning ways at the FIBA 3x3 Penang Challenger 2022 on September 10-11.

The Serbs headline a tough 16-team draw with the carrot dangling for two tickets to the much-anticipated Paris Masters next month, which will be the first time the FIBA 3x3 World Tour travels to France.

It's been a tale of two seasons for Liman, who have absolutely dominated the Challengers with four straight titles and - 20 -yes, 20! - straight Ws. But they've been left continually frustrated on the World Tour, where they are yet to win a Masters from five attempts in 2022.

After quarter-final heartbreak to Antwerp (BEL) at the Debrecen Masters, Liman will be determined to get back on track in Penang and continue their stranglehold of the Challengers.

They'll have to do it without big fella Mihailo Vasic, who is on Serbian national duty at the FIBA 3x3 Europe Cup 2022 but Liman are still absolutely stocked with talent led by Alexsandar Ratkov, who has a trio of MVPs in Challengers, and sniper Stefan Kojic.

Their winning streak will be tested in a congested field where Ulaanbaatar MMC Energy (MGL) are the No.2 seed. The Mongolians have been flying all over the globe this season but somehow are not jet-lagged to underline their supreme fitness.

After a strong start to a new era under player-coach Steve Sir, the Mongolians keep falling at quarters in Masters but feel on the cusp of breaking into 3x3's top tier. They'll need Sir firing and the muscular Delgernyam Davaasambuu to be the strongest man on the court if they are to taste a W.

Princeton (USA), too, are desperate to end a three-year title drought and have come mightily close this season with a couple of runner-up finishes. The Americans have three FIBA 3x3 World Cup 2019 gold medalists in the line-up led by high-flyer Kareem Maddox who is always cream around the rim.

We just have to add to this list Belgrade Partizan (SRB) and Lausanne Sport (SUI), who have made finals in Masters this season. They can both be unpredictable but have shown that they're entirely capable of going on giant-killing runs.

As we've become increasingly accustomed to, it's a deep field and any team can get hot for two days en route to glory. There are some really dangerous teams in this draw who are eyeing upsets.

Nothing really scares Liman but they should be spooked by Cebu Chooks (PHI) and their lead entertainer Mark Tallo, who we've already seen this season perform magic tricks with the Wilson.

The Philippines' No.1 ranked player will be out to unleash his XXL bag of tricks.

But Tallo won't completely steal the show because OG Dominique Jones aka 'Disco Domo' is back with his famous dancing shoes to lead fan favourite NY Harlem (USA).

Paris (FRA) have shown flashes of potential as they look to seal a ticket to a home Masters, while Mongolian teams Sansar and Zavkhan, too, loom as dark horses.

Perhaps we've undersold No.6 seed Sansar who could well go all the way if walking bucket Anand Ariunbold creates a monsoon in Penang. Double A is straight As on the half-court and in his only Masters this season averaged a crazy 7.5ppg in Manila.