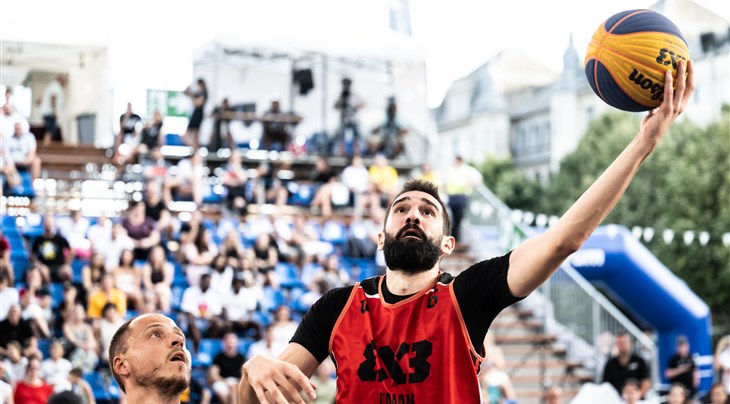 SACHEON (Korea) - Liman Huishan NE (SRB) have been unbeatable in Challengers this season but face a major test to keep their winning run intact in Sacheon on October 15-16. With the top 3 teams in the world in the 16-team draw, the two tickets for next month's Riyadh Masters will be hotly contested.

It's tough to know who to start with but Liman deserve to be mentioned first since they are literally unbeatable in Challengers this season with a crazy 25-0 record with five titles.

The No.2 seed will be strong favorite to top Pool B and have superstars across the board with sniper Stefan Kojic in hot form after recently claiming MVP at the Utrecht Masters.

Liman will want to regroup after losing a classic semi-final in Paris where their former star Stefan Stojacic aka 'Mr Robot' (now with Vienna, AUT) rewired them.

There are several other teams who also deserve favoritism and we haven't forgotten about Ub Huishan NE (SRB) even if they've cooled down since their sizzling start to the World Tour.

Ub fell at the quarters in Paris and are desperate to regain their momentum from earlier in the season, where they had taken 3x3 to a new level. Once again they've brought their awesome foursome to underline the team's chemistry.

But they were off in Paris with No.1 ranked Strahinja Stojacic and partner-in-crime Dejan Majstorovic uncharacteristically struggling with cold shooting. In a dry stretch for their standards, Ub will be keen to return to their winning ways and you just know they will be completely focused in Sacheon.

Third seed Riga (LAT) have been spectacular since they've gotten the band back together with front man Karlis Lasmanis catching Flight KLM and landing smoothly back on the half-court.

But it was his sidekick Nauris Miezis aka 'Batman' who stole the show in Cebu with an MVP performance and powering Riga to victory on the World Tour with a series of clutch shots under pressure.

Riga have their four Olympic gold medalists together and opponents should be scared like they've just watched Halloween Ends.

No.4 seed Vienna (AUT) deserve to be on this list after winning in Paris and they are now in the top tier of 3x3 teams. That's especially true when Stefan Stojacic looks like his 2017 self when he was named World Tour regular season MVP.

While some of 3x3's best are in Sacheon, the best of the rest will be aiming to go on giant-killing runs and shock the world.

Sansar MMC Energy (MGL) struggled in Cebu with an early exit but if Anand Ariunbold gets going then they might be eyeing a deep run. He'll need to fire from the get-go with the Mongolians facing a Day One blockbuster against Vienna in what should be a litmus test for Sansar.

No.6 seed Warsaw Lotto (POL) haven't quite had the season they hoped for when they entered 2022 with a lot of hype. But maybe their time is coming to break a title drought with scoring machine Przemyslaw Zamojski aiming to be the Pole who stole the show with his unlimited range.

A dark horse in this draw might just be Utsunomiya BREX (JPN), who made the quarters in Cebu, and if speedy Yosuke Saito can't be stopped then the Japanese might be able to string together some upsets starting with mighty Liman in Pool B.