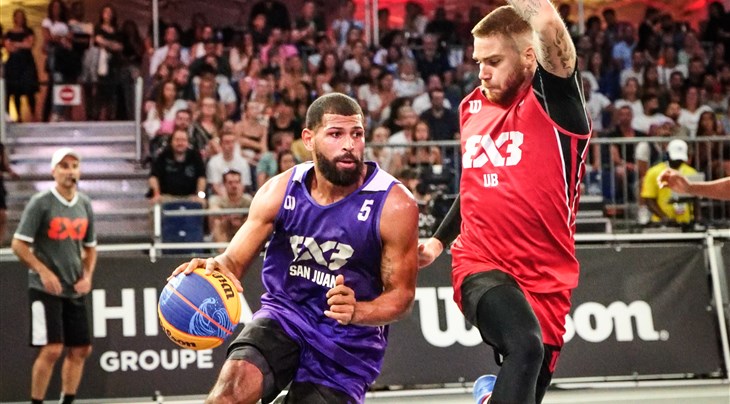 ABU DHABI (United Arab Emirates) - Top-of-the-table Ub (SRB) will be aiming to resume their early season dominance at the Abu Dhabi Masters on October 29-30 as the FIBA 3x3 World Tour 2021 returns with a bang.

After a long break, the World Tour restarts in style with an absolutely loaded sixth Masters of the season as the business end of the season approaches ahead of the Jeddah Final in December.

No.1 seed Ub top Pool A and will hope to produce the type of form which saw them storm to the top of the overall standings with victories in Debrecen and Montreal. Before those triumphs, however, the Serbs were upset by San Juan PCI Group in a memorable final in Lausanne.

That insane contest has fuelled anticipation for the rematch as the teams face off in a Day 1 blockbuster in Abu Dhabi. The Puerto Ricans will be without veteran Gilberto Clavell, who dominated the final against Ub, but the remainder of the team is unchanged headlined by Lausanne MVP Angel Matias.

Ub has the same lineup from Lausanne led by scoring machines Dejan Majstorovic and Strahinja Stojacic.

It won't be a two-team race in Pool A with No.9 seed Gagarin (RUS) hoping to finally live up to the hype on the World Tour. They have three members of ROC's silver medal winning team from the Tokyo Olympics, including 25-year-old star Alexander Zuev.

While these young guns have always performed well on the international stage, success has eluded them on the World Tour.

No.2 seed Riga (LAT) top Pool B and will be aiming to break a frustrating drought this season. And they have a perfect opportunity to do so with their awesome foursome back together for the first time since their historic gold medal winning performance in Tokyo.

Underlining the depth of talent in Abu Dhabi, the Latvians face tough opening games against in-form Jeddah (KSA), who stunned the field to win the Prague Masters, and the always competitive Ulaanbaatar MMC Energy (MGL).

It's not quite the same line-up for Jeddah but importantly they do boast Prague MVP Nemanja Draskovic and Kevin Corre with the duo expected to match Riga's superheroes Karlis Lasmanis and Nauris Miezis, who are back as a tandem.

Belgian sensation Antwerp have risen up the ranks in the pro circuit as highlighted by being the No.3 seed and topping Pool C. They have been close with two semi-final finishes this season but will be looking to get over the hump and secure a first Masters title.

World Tour regulars and 6th seed Princeton will be in their way early and boast some of the most familiar names in the game - including high-flying duo Kareem Maddox and Zahir Carrington.

After a slow start to the season, the Robbie Hummel-led Americans reached the semis in Montreal but the former NBA player will not be in Abu Dhabi.

Last but not least, Pool D might have to be renamed the 'Group of Death' with No.4 seed Liman (SRB) and No.5 Amsterdam Talent&Pro (NED) appearing well matched.

Much like Riga, powerhouse Liman have not been able to win a Masters title this season although they fell just short in the final in Prague against Jeddah. The Serbs will be strengthened by the return of walking bucket Stefan Kojic, who is arguably the best player in this star-studded team.

Amsterdam, however, will provide stiff opposition with the Dutchmen being one of the form teams of the first half of the season having won in Doha, where they beat Liman in the semis, and being runners-up in Montreal.

The two powers are heavily favored to progress but Manila Chooks TM (PHI) can't be discounted and Filipino teams have fond memories of playing in Abu Dhabi.

Buckle up and enjoy the ride because the Abu Dhabi Masters will add a new chapter to this truly crazy World Tour season.