Which countries can qualify both men and women to Olympics in 3x3? 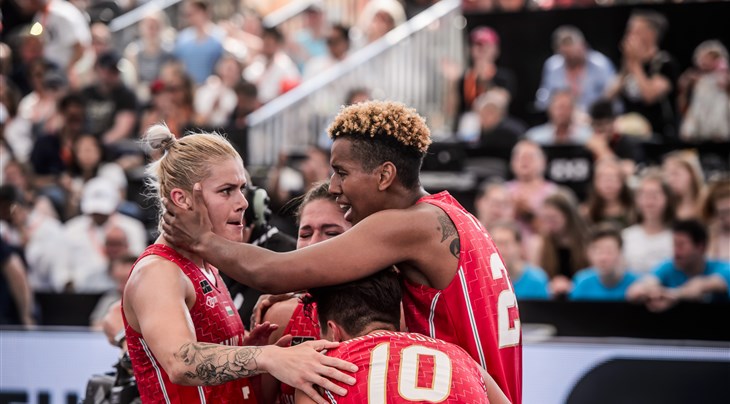 TOKYO (Japan) - As 3x3 makes its debut at the Olympic Games this summer, basketball nations from around the world are getting ready to vie for a spot in the field.

Both the men and women are heading to Graz, Austria, May 26-30 for the FIBA 3x3 Olympic Qualifying Tournament where three teams from each gender will earn a spot.

The last spot for the men and women to qualify will be at the FIBA 3x3 Universality Olympic Qualifying Tournament.

Let's take a look at how the field currently stands:

China and the Russian Olympic Committee have both qualified their men's and women's teams based on their FIBA 3x3 Federation Rankings. The Mongolian men could join the Mongolian women, who have already qualified via their FIBA 3x3 Federation Ranking. The men enter the qualifier with four top-75 ranked players in the world.

The Japanese women are also trying to join the men in playing in front of the home fans in Tokyo. They get their first chance to do so in Austria.

There are only four countries which will have their two teams in Graz, fighting together for an Olympic ticket: the hosts Austria, France, the Netherlands and USA. Hungary also has the chance to qualify both their men's and women's teams but it will have to be through the UOQT for the men, while the women can qualify in Graz already.

In the event that the Japanese women and the Mongolian men's teams do not qualify in Austria, they will have another chance to qualify at the UOQT as well.

Last but not least, there is still theoretically a chance that Romania and Ukraine have their two teams at the Olympics.

It would first of all require that the 3 Olympic tickets in Graz are stamped by teams who are currently slotted to be in Debrecen. In other words, if the top 3 teams in the men's category in Graz are all from this group of 5 countries (Latvia, Mongolia, the Netherlands, Poland, Slovenia) then Romania's men can participate in the Universality Olympic Qualifying Tournament. They would then need to best the 6-team event to go to Tokyo.

As for Ukraine, get a hot beverage and I explain: the women can make it in Graz orrrrrrr in Debrecen if the top 3 teams in the women's category in Graz are all from this group of 6 countries (Chinese Taipei, Hungary, Iran, Italy, Japan and the Netherlands). The men will not play in Graz but similar to Romania in our previous example, they would only play in Debrecen if and only if the 2 of top 3 teams in the men's category in Graz are from this same group of 5 countries (Latvia, Mongolia, the Netherlands, Poland, Slovenia). The odds are not great but in 3x3 nothing surprises us anymore.