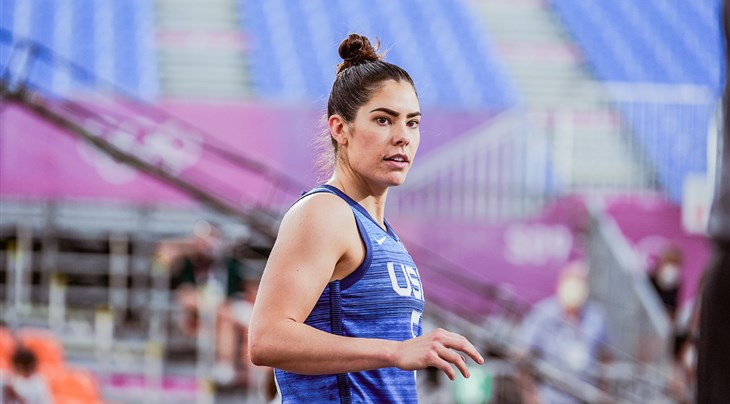 TOKYO (Japan) - Women's power USA were pushed to the limit by an impressive China but prevailed in a 21-19 thriller on day three to lock in a semi-final spot at the Tokyo Olympics 3x3 competition.

China, who started day three with a tight victory over Japan, now have a 4-2 record as they hunt for a top two finish.

Plum gets her radar right

The U.S star was ice cold from deep earlier in the day against Italy but that did not shake her confidence. She tapped into her bag early and after fancy foot work was nothing but net with a step back two.

The pleasing swish sound would have reassured Plum but China were equally hot in a see-saw start.

Shuyu Yang is wildly popular in her home country and it's not hard to see why. The gunner fired away from deep and while she wasn't always accurate her confidence was certainly admirable.

Yang did nail a couple of twos and also drove to the rim aggressively to give China a 13-11 lead as they smelled an upset.

USA were pushed to the brink but their leader Plum stood up when it mattered the most.

Her mesmerizing ball handling was followed by a dazzling scoop layup but she saved the best for last with a clutch two-piece to finish with a game-high 10 points.