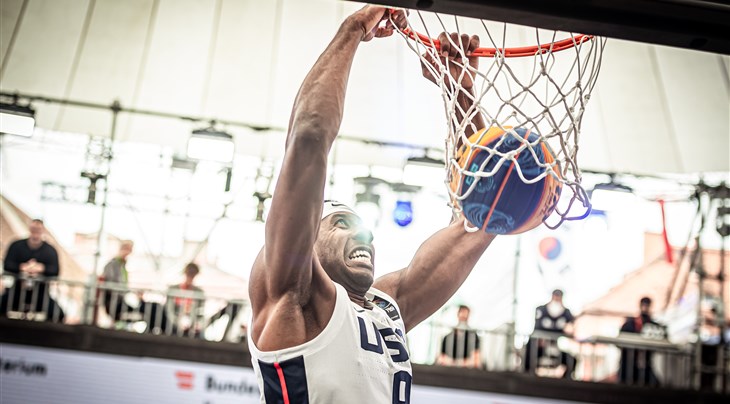 MIAMI (United States) - Ahead of the inaugural FIBA 3x3 AmeriCup, on November 12-14, USA Basketball has announced its roster for the event.

Maddox, the highest-ranked player on the team, has had a long history of success on the FIBA 3x3 World Tour, including a win at the Los Angeles Masters 2019 - where he was named MVP. For team USA, he was a winner at the World Cup 2019 in addition to earning gold at the inaugural Pan American Games 3x3 competition in Peru in 2019 and was named MVP as his team won the 2018 USA Basketball 3x3 National Championship.

Canyon Barry returns for the red, white, and blue for the first time since winning the World Cup 2019. He was slated to participate in Olympic qualifiers but had to miss the tournament due to injury.

Brown, making his first 3x3 appearance for team USA has had multiple stints in the NBA over the past two seasons, playing 10 games in 2019-20 with the Atlanta Hawks and nine games in 2020-21 with the Oklahoma City Thunder.

The 2021 FIBA AmeriCup, which will be played from Nov, 12-14 with the USA starting their play in Group A alongside Mexico and Venezuela, as the number one seed.

Following pool play, the medal round will begin on November 14th, with the top two teams from each of the four preliminary round groups competing in quarterfinal action.