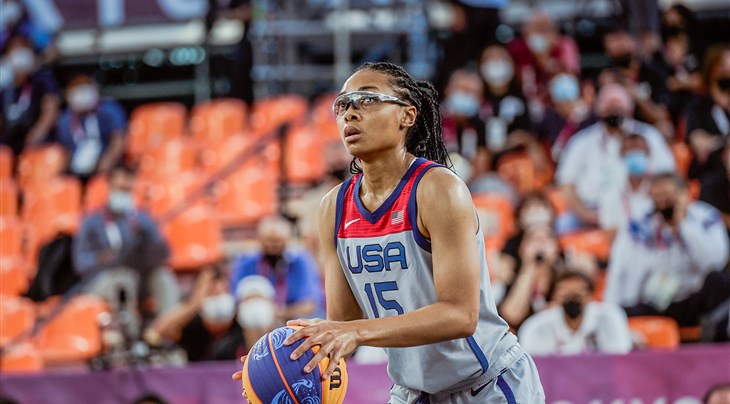 TOKYO (Japan) - A ruthless USA capped an unbeaten Day 1 with a 21-9 thrashing of Mongolia in the women's Olympics competition at Aaomi Urban Sports Park.

The star-studded USA have flexed their muscles after starting with a strong 17-10 victory over France in a major statement.

They backed up that performance by dominating Mongolia from the beginning as they poured in 11 of the first 12 points to cruise to an easy win well under the time limit.

Mongolia, a fan favorite and making history as the first from their country competing in a team event at the Olympics, were winless on day 1 having earlier suffered a heart-breaking 15-14 loss to Italy in the opener.

But they were never in this contest shooting just 25% from the field against the powerful USA defense.

There aren't many better pure shooters than Allisha Gray, who splashed a couple of two-pieces as USA raced out of the blocks with a 7-1 lead after just two minutes.

Her hot hand continued as she finished with 9 points on 4-of-5 from two.

The 1.95m (6ft 5in) Stefanie Dolson starred against France and continued her domination with an intimidating performance on offense and defense.

She had consecutive blocks at one point and finished with 3 all up to go with 5 points.