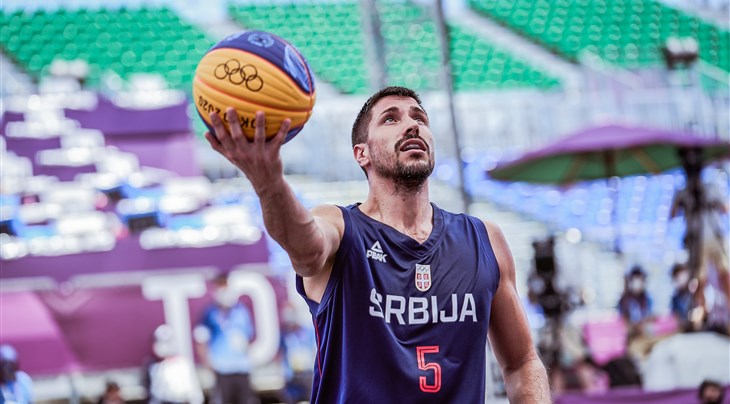 TOKYO (Japan) - No.1 seed Serbia moved a step closer to a semi-final berth in the men's 3x3 Olympics after a comfortable 21-11 victory over host Japan on day three.

Serbia are the only undefeated team in the men's draw having notched five straight wins to underline while they are the team to beat in Tokyo.

The gold medal favorite had too much class for Japan, who came in sporting a 1-3 record but they had been highly competitive in every game previously.

Vasic dominant after being blocked

Ira Brown made an early statement with an emphatic block on Mihailo Vasic but that did not frighten off Serbia, who attacked and scored the opening five points.

Even though he was rejected earlier, big fella Vasic feasted inside with Dusan Bulut setting him up nicely down low.

Bulut pulls out the tricks

Unsurprisingly the Serbian star has been the player of the Olympics thus far. He already had two double digit games coming in and really hit his stride in the middle stages of this one.

Yasuoka tries hard against the tide

Ryuto Yasuoka (8 points) tried his best to keep Japan afloat and a big two-piece reduced the deficit to 15-10.

But - guess who - Bulut (7 points) quickly slammed the door on the host with a tough two from the corner as Serbia ran away with another victory.