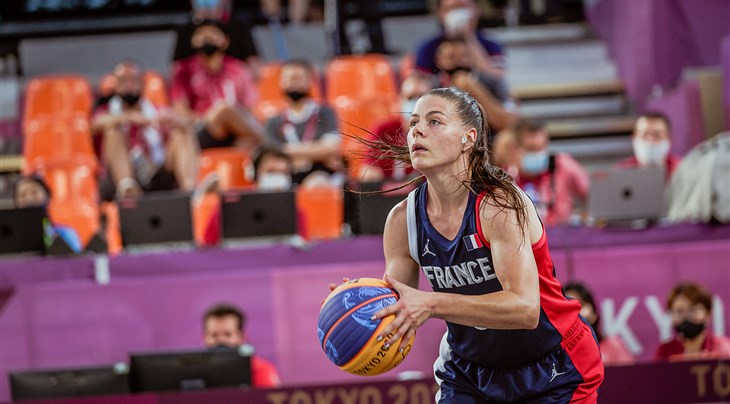 TOKYO (Japan) - No.1 seed France overcame a slow start to get their Olympics campaign back on track with a 19-16 victory over Italy on day one.

France rebounded from a letdown in their opener against USA with a gutsy comeback having been in a big early hole, where they trailed 7-1.

But the talented Frenchwomen started finding the type of form that has made them a force on the women's circuit to wear down Italy, who were too reliant on star Rae Lin D'Alie (8 points).

Italy, who were the last women's team to book a ticket to Tokyo, had earlier escaped with a tight 16-15 victory over Mongolia.

🇫🇷@3x3ffbb go on an 18-9 run after a slow start to overcome 🇮🇹@Italbasket in their second pool game of the day! #Tokyo2020 #3x3 pic.twitter.com/kOZc0iJjDZ

Italy came out confidently and hit their first three shots to stun a shell-shocked France, who found themselves in big trouble.

D'Alie was everywhere with the smallest player on court clearly standing the tallest in this battle of European powers.

Laetitia Guapo and Migna Toure have long dominated opponents but started slowly on day one. They finally started heating up just when France needed them the most to claw Les Blues back level at 14 apiece.

A desperation heave from beyond the arc from Marie-Eve Paget rattled home to give France their first lead of the game and they held on from there.

D'Alie had a chance to tie the scores in the dying stages but her two-pointer missed and both teams ended day one with a win apiece.