Someone will win their first FIBA 3x3 World Tour Masters this season in Prague. But who? 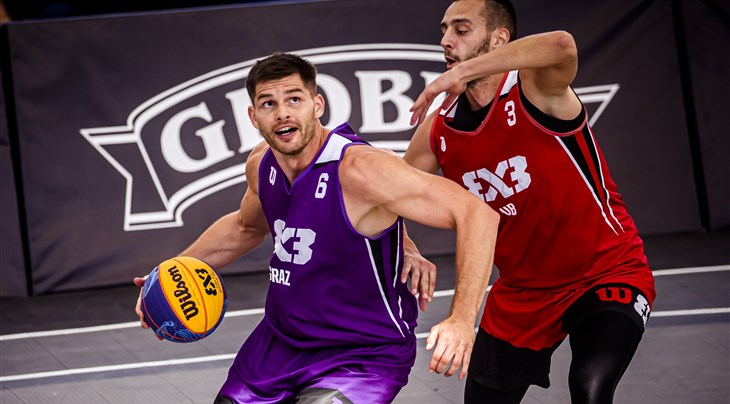 PRAGUE (Czech Republic) - 3x3 returns to Prague for the first time since 2019, taking place at the UNESCO World Heritage site of the Prague Castle, on September 18-19, 2021.

With none of the three teams who won a Masters in 2021 in Prague, an opportunity for some of the best teams in the world to open their account arises this weekend.

Let's take a closer look at the upcoming Prague Masters and what to keep an eye on.

The fifth Masters of the season may not feature a single 2021 Masters winner. But, we welcome back many former champions and teams hungry to get the big check.

Liman (SRB) come in as the number one seed and still a top dog. Stefan Kojic has been an unsung hero for the Serbs, leading the team in points per game (6.4) and 25 highlights. He is joined once again by Aleksandar Ratkov, Mihailo Vasic (who both won the Europe Cup with Serbia last weekend), and Stefan Stojacic, aka 'Mr. Robot'.

Riga (LAT) are once again one of the top teams in Prague, thanks to Karlis Lasmanis, aka 'Batman'. The capped crusader is second on the World Tour 2021 in points per game (7.7) while Agnis Cavars is keeping the glass squeaky clean, grabbing 85 rebounds, tops on the tour. They'll need to do it for the first time this year without their talisman, Nauris Miezis, one of the toughest matchups in 3x3.

Antwerp (BEL) come into the event with the two best players on the tour. We aren't editorializing either. Nick Celis and Thibaut Vervoort, aka 'Must see TV' are number 1 and 2 in P-VAL in 2021 (minimum 5 games), leaving us wondering when and not if they will win a Masters event in 2021.

Sakiai Gulbele (LTU) have much to prove but great talent on their side, while Utena Uniclub (LTU) are hoping to replicate their 2020 season where they burst onto the scene.

After the top five teams, there is a bit of a dropoff in the field. Graz (AUT), Pirot (SRB), Jeddah (KSA) and Gagarin (RUS) represent the best of the rest in Prague, teams with World Tour experience but no recent success to look to for encouragement. Gagarin are loaded with Olympic talent, including Alexander Zuev, Ilia Karpenkov, and Stanislav Sharov, all part of the silver medal ROC team that showed out in Tokyo.

With six teams needing to qualify in order to make it into the pool stage, there are endless possibilities in the Czech capital. Tune in from the first checked ball because this one is going to be crazier than a Kanye West listening party.

Five teams in the Prague field are in position (if the season ended today) to earn a spot at the Jeddah World Tour Final 2021. With three World Tour events to go in 2021, several teams playing at the Prague Masters can move up in the rankings while others can inch closer to earning a spot.