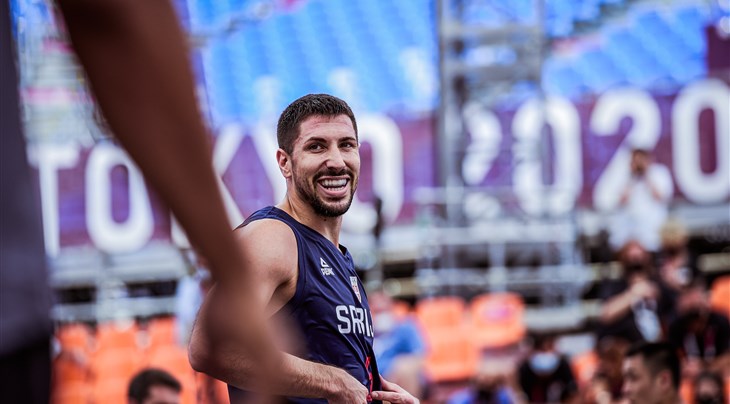 TOKYO (Japan) - No.1 seed Serbia survived a fierce challenge from in-form Netherlands with a thrilling 16-15 win in a blockbuster men's clash on the opening day of 3x3 Olympics competition.

The Dutch have lit up 3x3 in a breakout season to come into Tokyo as one of the fancied teams. They proved their credentials against the four-time World Cup champs but fell agonizingly short with Dimeo van der Horst missing a heave at the buzzer.

Serbia prevailed even though superstar Dusan Bulut was well held before he came alive at the death. They are undefeated having won their opener against China, where Bulut aka 'Mr Bullutproof' put on a masterclass.

Little separated these two heavyweights in an arm-wrestle. Dejan Majstorovic started with a sweet two in a great sign for the 'Maestro' who had been in a long form slump heading into Tokyo.

But both teams defended superbly and buckets were almost impossible in a slug fest with Serbia holding a 10-5 lead at the halfway point.

Serbia found themselves in foul trouble and the cold-shooting Netherlands sensed a chance to get back into the contest. They chipped away at the deficit through the efforts of a confident Jessey Voorn and went on a 7-0 run and take a 14-12 lead.

Bulut finally got on the board with fancy foot work and drive with two minutes left to reduce the margin to 14-13. He repeated the dose shortly after and it became the thriller everyone expected.

Serbia survived three missed two-point chances from the Dutch in the dying seconds to maintain their perfect record.

But these two powers might well see each other again down the track.