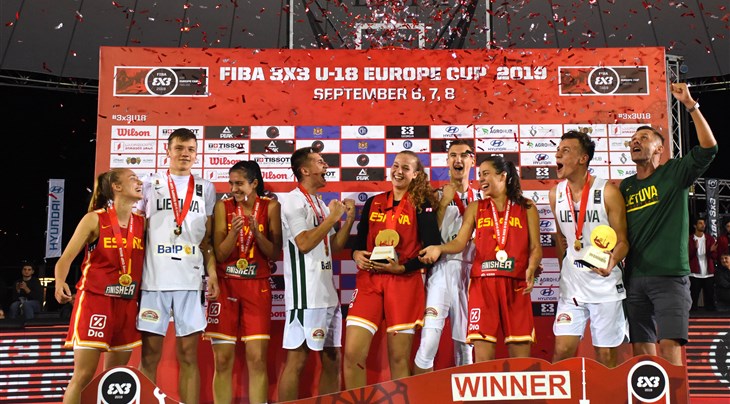 LISBON (Portugal) - Twelve men’s and twelve women’s teams will take part in the FIBA 3x3 U17 Europe Cup, slated to take place in Lisbon on September 17-19.

The teams are divided into four pools of three and seeded automatically based on the 3x3 Federation Ranking.

The reigning champs Lithuania's men (though none of the winners will actually play in Portugal since the last edition happened two years ago and the event was U18 at the time) are up to a difficult start, drawing a German team that was undefeated at the Szolnok Qualifier and the Portuguese hosts.

The other defending champs - Spain's women - will also face Germany, that had a clean sweep at the Szolnok Qualifier as well, together with Romania, who always perform at the youth level.

Here are the seeds for both the men and the women heading into the FIBA 3x3 U17 Europe Cup:

The top two teams from each pool will then advance to the bracket stage where a champion will be crowned.

Make sure to tune in to all of the action on the FIBA 3x3 Facebook and YouTube channels to watch the event live.