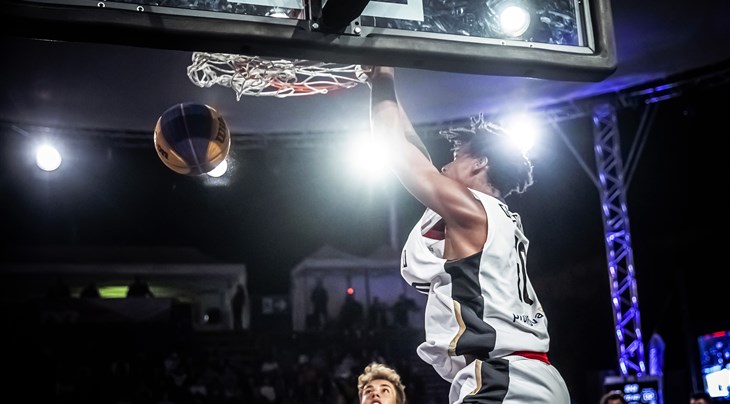 LISBON (Portugal) - Twelve men’s and twelve women’s teams (include both Russian and German teams) are ready for the FIBA 3x3 U17 Europe Cup 2021 in Lisbon, Portugal on September 17-19.

The Portuguese capital will be the location for the first edition of the FIBA 3x3 U17 Europe Cup (previously known as 3x3 U18 Europe Cup) following two days of qualifying last month in Szolnok, Hungary.

On the men's side, Slovenia, Germany, Serbia, and Spain all went undefeated during qualifying, on their way to earning a spot in Lisbon.

Russia, the number one overall seed (based on rankings) enters led by NikitaI Vanov, the youngest member of the team with the most 3x3 experience. Estonia and Belarus, both automatic qualifiers as well, lead pools B and C, respectively, looking to win the international event. Germany, which qualified in Hungary and is the top seed in Pool D will call on Fabian Giessmann, who scored 7 points per game in qualifying.

On the women's side, nine teams earned their spot in the field during qualifying.

Germany, Russia, France, and Belarus are all leaders of their Pools heading into the event. For Germany, the top seed, they come in with ultimate confidence, having gone undefeated in qualifying and come into the event with Nina Horvath, a seasoned 3x3 player at only 17 years old. Stella Mavuanga was the top per-game scorer at the Hungary qualifiers, with 8 points per game, and Katsiaryna Novik of Belarus was also in the top-5 at 6.5 points per game.

The men's field is filled with promising stars, including Crt Cabrilo (SLO), Robert Sagodi (HUN), and Aleksandar Mitrovic (SRB), three players that were at the top of the scoring charts at the qualifying tournament and are poised to make a name for themselves.

Spain, Austria, Portugal (host country), and Israel all have their work cut out for them as the lowest-ranked teams in the field, needing to overcome some of Europe's best and brightest stars.

Make sure you are following us on Twitter and Instagram for live updates in addition to Facebook and YouTube where we will be broadcasting live on both channels. Something that has been new and very exciting this year: we are also live on Twitch! (Friday and Sunday only though).