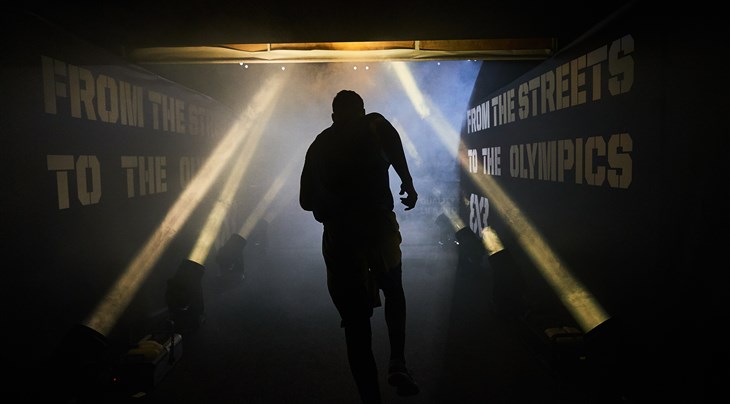 Rosters displayed on this page have been extracted from information made public by the relevant National Member Federations and have more authority than the ones listed on the Teams Section.* This said, they do not necessarily correspond to the Final Roster that will play at the Olympics. Final rosters will be communicated after the technical meeting which will take place the day before the start of the tournament.

Heart-breaking news for Katie Lou Samuelson, who had a chance to become the first-ever 3x3 and basketball athlete to become a Youth Olympics and Olympic champion. The 23-year-old Jackie Young brings a strong basketball resume (number 1 pick in the WNBA draft in 2019) and is no stranger to 3x3, having repped the United States at the ANOC World Beach Games two years ago.

Russian Olympic Committee teams have come closer to Tokyo. Literally. Vladivostok, Russia’s Far East capital will play host for the final training camp before both teams fly to Japan on July 18. The nation’s best players are in for training and some preparation games what should be the ultimate tests before the Olympics. More info here July 13: Debrecen heroes back to rep Belgium in Tokyo

The same foursome of Nick Celis, Rafael Bogaerts, Thierry Marien and Thibaut Vervoort who won the last ticket to Tokyo at the FIBA 3x3 Universality Olympic Qualifying Tournament will once again represent Belgium at the Games. These dudes have been in fine form in 2021 with a 10-2 record in national team competitions and 2 wins in 3 Challengers on the pro circuit (as Team Antwerp). Hit that link for more details.

The Orange Lions will be represented by Arvin Slagter, Dimeo van der Horst and Jessey Voorn, who (among others) defeated the United States and France at the 3x3 OQT. They will be joined by Ross Bekkering, who led the team in scoring (and ranked second overall) at the FIBA 3x3 Europe Romania Qualifier on June 26-27, 2021. Julian Jaring and Aron Roijé complete the team as substitutes. Read more.

The same 8 players who did the preparation before the two OQTs are back in training camp in Rome and the final roster of 4 will be announced at the latest on the day the team flies to Tokyo on July 16. Read more.

The 4 players who shined for Japan's women at the OQT have been confirmed, which means more Mai Yamamoto in Tokyo. For the men, 3x3 Japanese legend Tomoya Ochiai will play at the Olympics, 9 years after competing in the first edition of the World Tour back in 2012 and will be joined by a new-look team. More details at this link.

July 2: New faces on the two Chinese 3x3 teams at the Olympics

Injuries have ravaged the team that won the FIBA 3x3 World Cup in the women's category in 2019 and Zhang Zhiting is the only player left from that winning campaign. The men's team will be led by the top 2 Chinese players in the rankings and 2 basketball rising stars including brand new CBA All-Star Gao Shiyan. Learn more.

The Europe Cup 2019 MVP Ana-Maria Filip is back from injury and will join her usual teammates number 1 player in the world Laetitia Guapo, Marie-Eve Paget and Migna Touré at the Games. Read more.

July 1: Top 4 Latvian players in the ranking named for Tokyo 2020

The same team of Agnis Cavars, Edgars Krumins, Karlis Lasmanis and Nauris Miezis who won the FIBA 3x3 Europe Cup in 2017 and qualified the country at the OQT will represent Latvia in Tokyo. Read the full story.

Update on July 5: Historic news: Cavars has been selected to be Latvia's flag-bearer in Japan. More at this link.

June 23: The United States confirm the team that went a perfect 6-0 at the OQT

Stefanie Dolson, Allisha Gray, Kelsey Plum and Katie Lou Samuelson are set to continue what they started at the FIBA 3x3 Olympic Qualifying Tournament on May 26-30. Read the full story.

*Every team had until July 5 to register four players and have until July 19 to add two more players, who need to be ranked in the Top 10 in their country. This means that some of the national federations registered players, who have officially been announced as substitutes as their first four players because they are not in the Top 10 in their country and therefore would not have been eligible to be added on July 19 (e.g. Marie Mané appears on France's women team list instead of Ana-Maria Filip though she has been announced as substitute because she did not rank in the Top 10 in France)