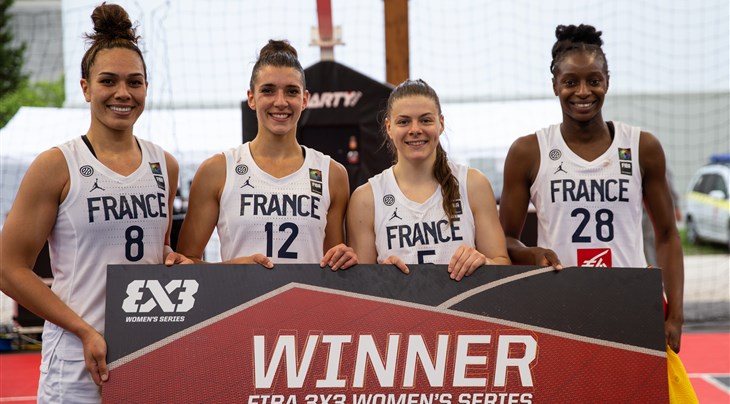 Just four days before the start of the FIBA 3x3 Olympic Qualifying Tournament, the foursome of Laetitia Guapo, newcomer Soana Lucet, Marie-Eve Paget and Migna Touré confirmed they were a force to be reckoned with as they went undefeated 5-0, including a 22-13 win in the final against Spain.

Their opener against Canada (20-15) was the only W they did not get before the 10-minute limit.

The number one 3x3 player in the world Laetitia Guapo scored a game-high 7 points in the final but it was her teammate Migna Touré who scored the game-winner from long range and was named MVP.

It was Spain’s second final in six days at the Women’s Series following their success in Mies.

Both France and Spain will be among the favorites to win the three tickets to the Tokyo Olympics, which will be available at the FIBA 3x3 Olympic Qualifying Tournament, which will take place in Graz, Austria on May 26-30.