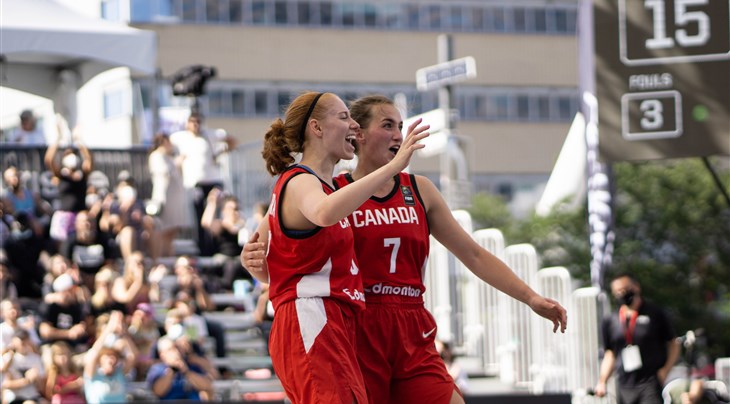 MIAMI (United States) - The best 3x3 national teams in the Americas will get a chance to compete for continental supremacy when they meet for the first AmeriCup in 3x3 history in Miami, Florida on November 12-14, 2021.

This historic moment marks FIBA 3x3’s return to Miami nine years after the city hosted the final of the first-ever FIBA 3x3 World Tour and brings the high-level play to the United States.

Eighteen men’s teams and 15 women’s teams will compete in this inaugural event played in the sunshine state.

Here are the pools heading into the tournament

Pool A is led by the United States, hosts of the event and the number one seed. They will have the top ranked player in the field Kareem Maddox, who won the last edition of the FIBA 3x3 World Cup back in 2019. Uruguay and Mexico round out the group

Canada are the number two seed and top ranked team in Pool B, with 3x3 legend Steve Sir playing for his country one last time. Basketball powerhouse Argentina is looking to earn a trip to the bracket, but first they will need to get past Saint Lucia.

André Ferros leads Brazil in Pool C, the top player in the country with high hopes for deep run. Chile and the Qualifying Draw A winner will also battle it out in Miami.

Pool D has two very interesting teams at the top, with the Dominican Republic and Puerto Rico slated as the 4th and 5th seeds. Both countries have produced high level 3x3 talent and have even surprised us on the World Tour (San Juan won in Lausanne this year). Look out for these two teams that may have the next great 3x3 star.

Paige Crozon takes her talents from the FIBA 3x3 Women's Series to the AmeriCup as Canada headlines Pool A with Uruguay and Puerto Rico. The number one seed in the tournament is one of the favorites to take home the championship at the inaugural event.

Team USA will be led by a player who won a Women's Series event this year (in Klaipeda, Lithuania) in Cierra Burdick as they head into Pool B. Argentina and Trinidad & Tobago round out the rest of the pool,

Pool C is led by the number three seed Chile, followed by Mexico, followed by Pool D with top seed Brazil and the Dominican Republic being joined by the Qualifying Draw winner A 2.

The top two teams from each pool with move on to the quarter-finals, just three wins away from making history and winning the first-ever FIBA 3x3 AmeriCup.